What Can Grandparents Do to Prevent Mass Shootings? 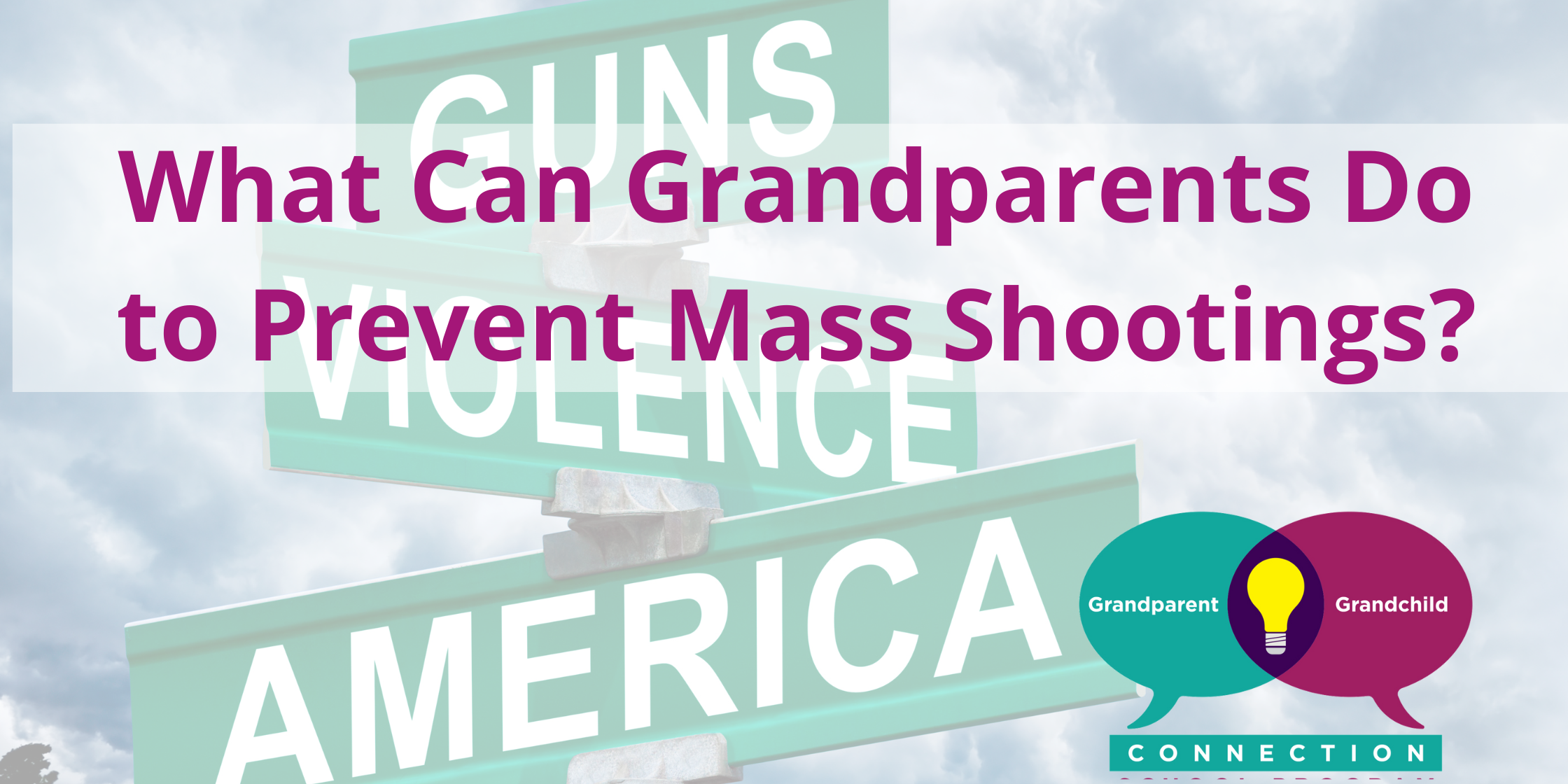 When I was a boy, the Nazis rose to power in Germany. How did everyone go along with it, I wondered? What about the children—the Hitler Youth, in their boy scout-like uniforms? What made them susceptible to believing in hate? By 1937 65% of youth belonged to the organization. And that was before it became mandatory in 1939 for all youth, ages 10 to 18, to join.

I’m thinking about this now after the mass shooting at the Fourth of July parade in Highland Park, IL. Highland Park and Deerfield, IL, my home for 25 years, are only about 3 miles apart. While I’ve lived in LA near my family since COVID altered our lives in 2020, I still meet with a great group of guys from my former condo complex, Coromandel, every Friday. We’re all, like so many, saddened by the gun violence seemingly taking over across the country.

And we’re particularly disheartened, that in the case of mass shootings—it’s often kids, 18, 19, 20 years old. The back story, again and again, reveals words like “depression,” “loner” and “bullied.” While there’s no clear motive yet specified for the Highland Park massacre, initial articles cited the suspect’s affinity for alt-right groups.

Was it hate? Was it disenfranchisement? Was it abuse?

When I was General Director of JCC Chicago, and we wanted to respond to a community need but didn’t know what was best, we always started with research. Research allowed us to thoroughly understand the problem. It revealed possible solutions. We built relationships with stakeholders along the way.

In that spirit of empowerment—or simply an internal drive to do something– I’ve hired an intern for the rest of the summer to dive into the research. We’ll start by getting enough background to frame the question. I don’t want to start with the current false dichotomy of it’s guns v. it’s mental health. If it was a specific thing we could have fixed it already. And both of those rely on systems and systemic change, which ultimately will be needed, but for this project, those things are out of an individual’s control to change. Of course, we’ll need government but I want to know what individuals can do right now. In particular, what actions grandparents can take.

What are the signs that a child may be susceptible to dark thoughts or indoctrination? Can a grandparent stay engaged with a child as they age to keep them on the right track? How can grandparents be a haven so that all children can have another layer of protection?

That last question assumes that social-emotional engagement is part of the problem. Scarlet Lewis whose son Jesse was killed in Sandy Hook, believes this is the case. She even forgave her son’s killer Adam Lanza. Following Jesse’s murder, Scarlett created the Jesse Lewis Choose Love Foundation. I want to figure out that too, for grandparents.

We welcome your ideas and thoughts now.

What articles should we read? What other theories are out there? We recently heard a possible connection to selective serotonin reuptake inhibitors (SSRIs), a type of anti-depressant. Another colleague suggested David Brooks’ opinion piece in the New York Times, “What Motivates Mass Shooters to Do the Unthinkable.”

There’s Columbine and Parkland, Sandy Hook, Uvalde, and more. Highland Park was in the community, but the shooter was a student at the local high school.  Our plan is to look at 10 mass shootings, and it’s duly noted how sickening it is that there are so many to choose from. What we think we will do is look at the stories of the murderers and collect data.

What we find will guide us to the next steps for action. When I say action, I mean for grandparents because that is who I am, that is my community. I hope that this model of research-informed action can be replicable. Everyone who wants to live without fear of being shot, without fear of their children or grandchildren being shot, should be working toward a solution.

Lifelines for a Lifetime: How Can Technology Help?
November 10, 2020
Search
Categories
Go to Top