The Archeological Dig Through Your Family Keepsakes 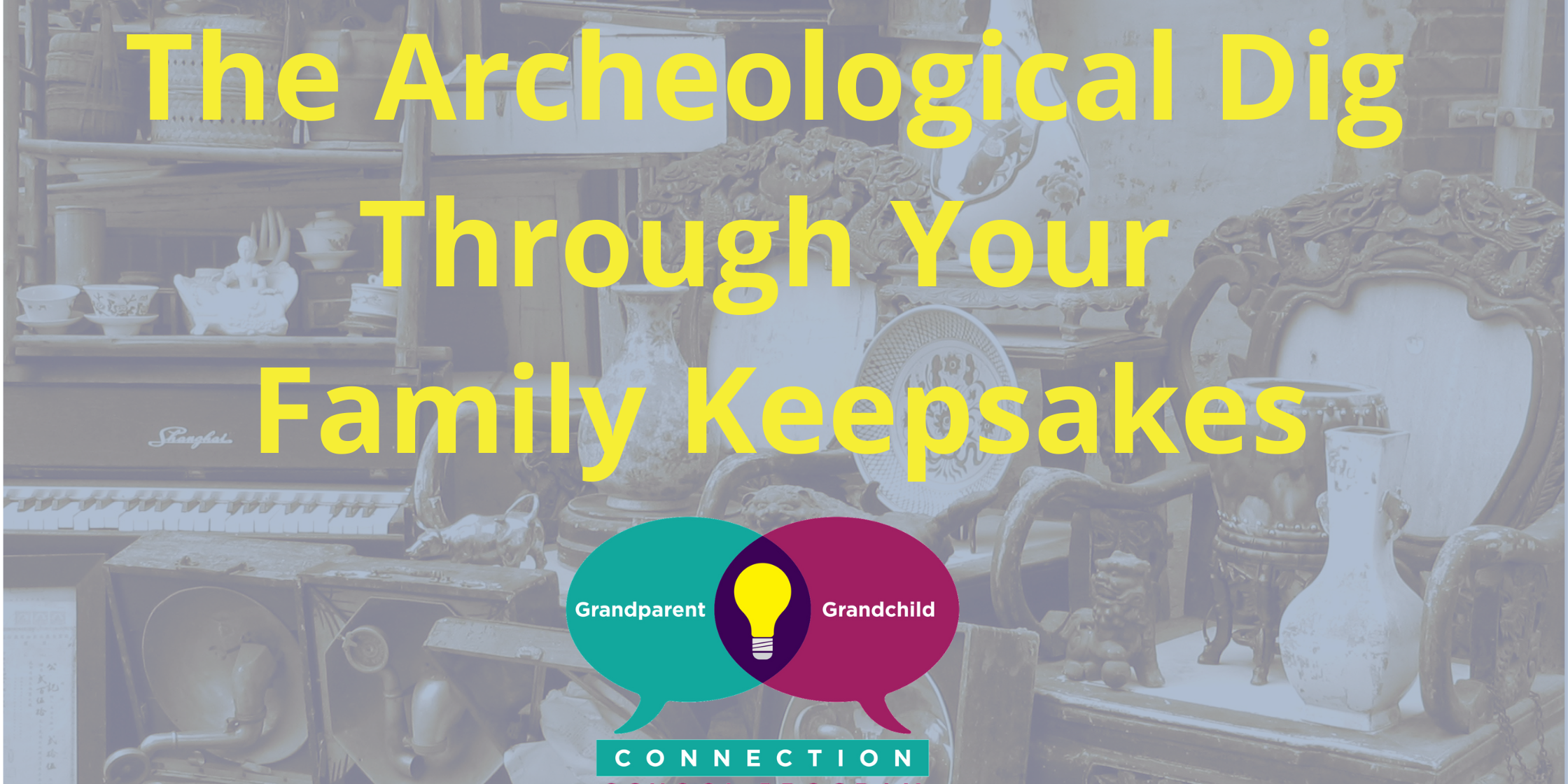 After much deliberation and at my daughter’s generous invitation, I’ve made my temporary “pandemic move” to LA permanent. My son Michael took on the monumental task of going to my home in Deerfield, IL to pack up a life’s worth of “stuff.” These are the selected treasures that have stayed with me: items inherited from previous generations, gems of my childhood, and the things that my late wife Margaret and I accumulated across our lifetime together. He even went through the storage room in the garage, where he found a sewing machine from 1950. “This is like going the archeological dig of grandpa,” my grandson who was helping said.

Since I’m still around, my son was able to show me things on Zoom, where I could declare “keep” or “relinquish,” and share the stories of pieces that had special meaning. However, in most families, when the older generation passes away, adult children and grandchildren are faced with going through all the “stuff” left behind. They often don’t know what is valuable or not, particularly as it connects to the family’s history. Things that have been in the family for generations may be lost, simply because you don’t know the story of it.

When all the stories live only in your head.

Even though I could give Michael oral histories, nowhere were the stories of these items written down, the gold dishes from my great grandmother (read more about that here), the prayer shall that I bought when on a heritage tour to see the concentration camps in Poland. The story about where, how, and why I acquired things were all in grandpa’s head.

Susan Dvora is a real estate agent and a designated Seniors Real Estate Specialist. She says this is a common experience for families. “I’ve found through my work that a lot of us hold onto things that are sentimental and meaningful to us,” says Susan. Unfortunately, however, her experience has been that “their children don’t want any of it.” On the flipside, Susan also has heard many people say they wish they had asked their grandma and grandpa about some of the family keepsakes, while they were still alive.

How Would this Impact your family?

I’d love to know if this sounds like a problem that would come up in your family? Have you ever thought about how to pre-empt burdening younger family members with figuring out what to do with everything in the basement, right after the recent loss of a family member?

I’ve talked to others who mentioned they would love to know the stories behind the punch bowl on the credenza. “I just know it was a gift at my now 85 years old mom’s sweet sixteen.” That gave birth to the idea for a web-based system for gathering and sharing the stories of your “stuff” now while the story-holders are still alive. The idea is that along a website there would be an accompanying app—such that you could aim your smartphone at the item, and it recognizes the image and then connects to a private data base where family members have previously entered details and images of said item.

What stories can you still create now?

By doing this while you’re alive—you can have conversations. For example, I had a collection of silver dollar coins, some of which had even been my father’s. My son asked, “what do you want to do with these?” I said “their yours, but some of them were your grandpas—your grandson’s great, great grandpa. With that conversation and perspective, Michael decided to keep a selection of the collection—he will sell some (they’re valued at $30-35 each) but for key years, he is going to write stories for his grandson about the year they are from. We could have that meaningful conversation because we talked about it now.

Is this important for your family? Please complete the survey and let us know.

Who is the family holder in your family? Would you as the grandparent write the stories of your possessions? Would it be your adult children? Or is this not an issue, perhaps because you’ve already downsized, or you’ve already had these conversations. Before going further on devising a solution, I’d love to hear if it’s enough of a problem for enough people. Either way, I’d be grateful if you would fill out the survey let us know.