Always Leave Your Campsite Better Than You Found It 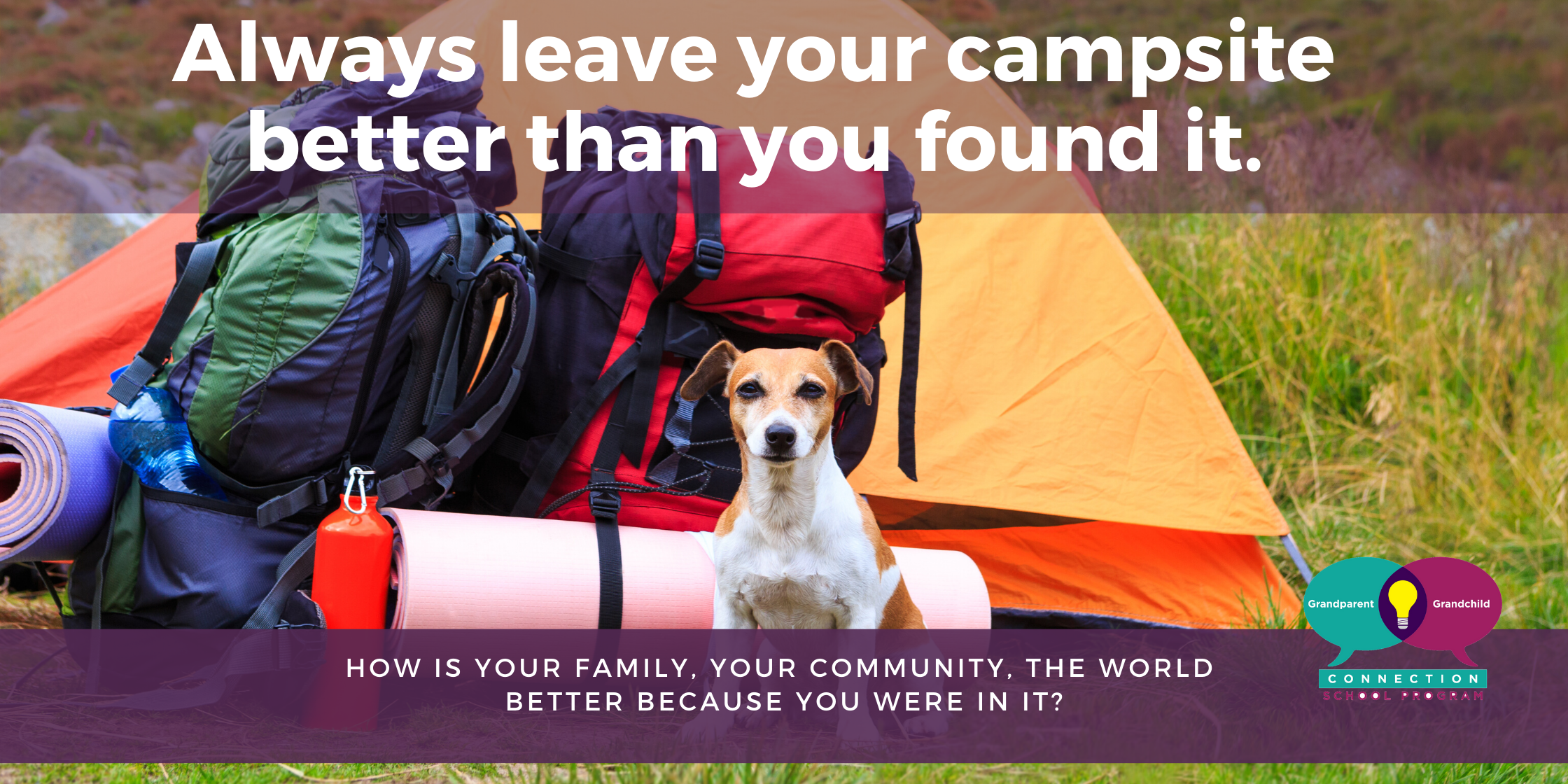 When I was a young guy about when I was first starting a family, my dream was that I wanted to my own residential camp. Luckily, my wife was very understanding. One summer when our children were still young, I took a job at a private camp in Minnesota as canoe trips director. Margaret took the kids and went to spend the summer with her family in St. Louis.

This job would give me an opportunity to see what it was like to run a camp. In between taking groups on overnight canoe and camping trips, I could also talk to the director about how he got started and ask about challenges of owning your own camp.

I never did own my own camp, although I did the next closest thing: became the Director of Camp Chi in Lake Delton, WI. Eventually I served as the General Director of JCC Chicago, the organization that owned and ran Camp Chi. But I did learn a lot about camping, and it still runs through my blood.

What I learned from an old forest ranger.

“Always leave your campsite better than you found it.” It was an old forest ranger who told me that and urged me to teach it to my campers. What does that look like in action? When I would leave the campsite, I would always leave kindling and small logs for the next group of campers. I would leave a note in a waterproof bag to let them know where we put our latrine the best place for trash, and where we caught the most fish. I’d warn them if we saw a bear and what to do if they did (tie your knapsacks in a tree.) In my note I would let people know when the rangers flew over campsites and when boats came by to check on campers. I would leave a note to try to make it as close to perfect for next campers.

For family, I say let’s leave our family better than we found it, make it better for next generation.

I want kids to leave their schools and peer groups better than they found them. How can they be upstanders If there are bullies or cyber bullies? Even more than saying that’s expected, how does it become a core value? When I directed Camp Chi I taught this value system and integrated it into the culture of the camp.

When my grandson Ethan applied to Rabbinic school, he remembered his grandpa’s missive and took it a step deeper pondering: “How, as a Rabbi, do I leave the world better than I found it.?”

How does this apply to the world?

What can each of us to actively support anti-racism? If we can finally crack the nut of institutional inequity in this generation, it leaves it better for generations to come. I’ve spoken to my grandchildren on this topic—exploring what we’ve hear, how we feel, and actions we can take.

It was not a different time.

I’ve heard politicians or actors, caught saying inappropriate things about women or people of color, defend their actions by saying “it was a different time,” as thought racism or sexual harassment was previously okay. It wasn’t then and it isn’t now. Perhaps they weren’t self-aware that their actions were racist or sexist at the time, and perhaps society allowed white people not to be called out for it then, but that doesn’t excuse the action. How do you reexamine your past, make amends, and continue to grow and learn to be part of the solution as you move forward? I’m 92 and could easily sit back and let someone else fix the problems in the world. But I’m still alive and there’s still work to do.

How do you leave your community, your school, wherever you live—how do you leave it better than you found it? It takes dialogue and it takes work. What will you do today in that direction?