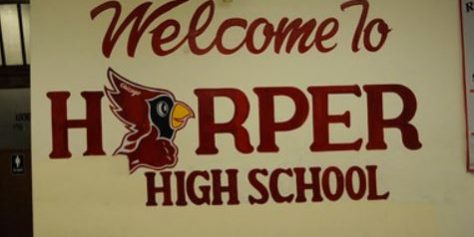 A flood of memories came back to me as I picked up my Harper High School yearbook. I was transported back to 1946, holding the book under my arm as I wandered he halls of Harper High School looking for friends to sign it. My good friend Kenny the basketball star was the first. “We will be friends forever” he wrote. A couple of teachers also signed: “Good luck in the army, Jerry. Come see me when you’re back and we can talk about career and colleges.” Another friend wrote of the double dates we’d go on in his new car when I got back from the army.

Norma, my high school sweetheart, wrote “I will love you forever.” Six months later, when I was serving in the Occupational Services in Japan, I received a letter from Norma: “Dear Jerry, I met this wonderful guy in college and we’ll be married next year. It was fun to know you in high school.” That was a punch in the gut.

Next I flipped to pictures of me playing in tennis matches, and another of me in my tennis jacket. When you were on a high school sports team you got a letter, an H for Harper. I sewed the letter on my jacket. It meant you were an official guy on an official high school team. What a great feeling.

Another picture was of me in my high school ROTC uniform. I was a company captain overseeing two platoons and 25 kids. I wore a special belt with a spot to hold the sabre that was used for leading the marching. That picture recalled the excitement I felt at the time, combined with a feeling of unease. I was leaving what I knew, all my friends and setting off to…what?

As soon as I graduated I was off to basic training for three months. I left on a Tuesday, taking a train to Fort Sheridan and then off to basic training. The drill sergeant would teach us to stand at parade rest: hands behind you, feet at 12 inches. He taught us to march and do an about face–left toe behind right heel and spin around. That move was the hardest, but I had mastered it in ROTC. So I thought to help the other guys and teach them the move.

“What are you doing, Witkovsky?” the Sergeant shouted when he caught me.

“Teaching the guys,” I said innocently.

“How do you know it?” he asked, as though he was the sole owner of this information.

He didn’t like it because he thought I was showing him up. And he let me know that by putting me on Latrine Duty and KP–Kitchen Police. I learned quickly NOT to help my fellow soldiers—and never to show up the sergeant.

Whoa…all that started from opening my yearbook. At age 92 I feel like I’m a thousand years from high school. But when I opened that yearbook, these were some of the memories that flowed.