Kaddish for My Mom 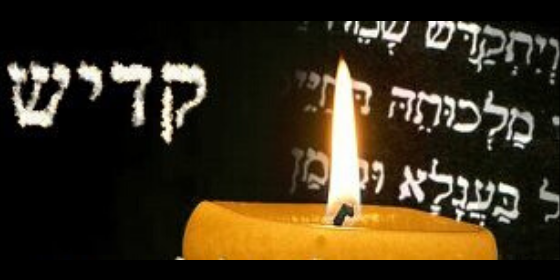 I have not written about my mother and her family yet because it is a mix of happiness and sadness for me and my father.

My Aunt Rose (my mom’s sister) told me a lot of negative stuff about my father as she saw him. “Jerry, he was only a truck driver. Your mom was a beautiful young lady. Why would she marry him? They did not even have a normal wedding. They had to go to Indiana to get married. We think she was pregnant with you, so they had to married. She was involved with someone else. She did not die of heart problems she died of a broken heart. He was only a truck driver.”

The Shapiro family were all in the shoe business. My uncles—Max, Al and Izzy—each owned their own shoe store. My Grandpa Shapiro owned his own shoe repair store. He was an Officer in the Russian Army. A very gruff man to all his family, including his wife, my grandmother.

Uncle Max at one point told me that he told my mother on her death bed that he would look after me. He took me to the cemetery several times a year to say prayers at my mother’s grave, and to just sit there for a time. This was through my grade school years and a few years into high school. He would pull up to the front of our house, beep his car horn and I would run out to the car. He never came in to say hello to my Dad.

When I was in Junior High I worked in Uncle Max’s shoe store, which was in bike riding distance from our house. I delivered shoes to people’s homes. When a shoe salesman took out a lot of shoes to sell them to someone, it was my job to put them back in the box. I was paid $25 cents an hour.

That part of my family always wanted me to go into the shoe business, but I had other dreams: college for Residential Camping, someday my own camp.

When I married Margaret they were not happy, even though before we got married she converted to becoming Jewish. Uncle Max was the only one from the Shapiro family that came to our wedding. He gave us $500 as a wedding gift. That was a ton of money to us. The Rabbi who converted Margaret married us.

The Shapiro family stayed a part of my life until they all passed away. My Aunt Shirley– my Mom’s younger sister (who is also six months my junior) still stays in touch. She reminds me that she was Ginger Rogers and I Fred Astaire when we were teens and jitter bugged the night away.

Did not think I could write about this time of my life–My Mom and Dad had to get married because she was pregnant with me.

My dad never spoke of her. I never asked. I’m not sure why.

Love you both,
Dad