What were my sport skills in High School? 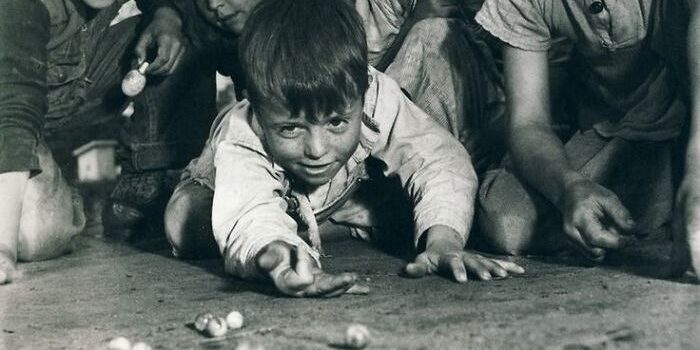 So, what were my sports skills?

I was very adept at shooting marbles. The kids on my street would play in front of my house because we had a clear piece of “clean” dirt…no grass or weeds.

How to Play Marbles

Sometimes there were several of us very close. If we couldn’t eye it we would do finger measuring. Because it was on my land I got to be the finger guy. Yep, I was a very good shooter. My shooter marble was pure blue. No mix of colors in my shooter.

My Next Great Athletic Skill was Tennis

Kenny the basketball champ and I both made the tennis team and learned a great deal from our High School coach, Charles Sweett. Why did we make the team you might ask? And I will tell you only six boys turned out to try for the team and that was the number he needed!

So he was an excellent coach and with a great deal of practice we learned to play well.

My next sport was the high school football team. It seemed like a hundred guys tried out that day. Some had their own equipment–helmet and shoulder pads and shoes with cleats. Your guy Jerry had nothing but pants, gym shoes and a sweatshirt. “Ok you guys line-up!” shouted coach. “Witkovsky!” I raised my hand to play left end.

By the way, the varsity team was the group the try-out rookies played against. The quarterback called the play and then a bunch of guys were coming at me. Someone picked me up my shoulder. It hurt like hell and I walked home sad and humiliated.

But I had tennis, the “sissy sport” as it was called in those days. But I played that game until my late 60’s. And I was pretty good.

And I Was a Great Dancer

But I was and still great dancer in High School. Jitterbugging or fast dancing was my special skill. Even the football guys’ girls would dance with me. Maybe even the girl who went with the guy who hurt my shoulder.