Jewish in Englewood and My High School Sweetheart 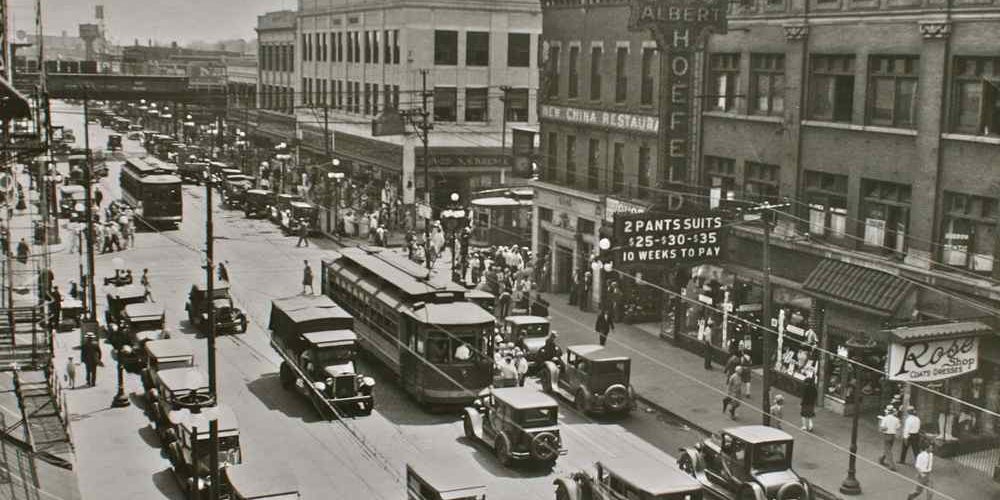 I grew up in Englewood, a part of the south side of Chicago. This was in the late 1930’s and 40’s when I was in grade and high school. I graduate from high school in 1946.

There were only two Jewish families in the area that I knew: Mine and a fellow that went to the same schools that I did. MY family “was not very Jewish,” as they say. We did not celebrate the Sabbath or the Jewish Holy Days. Although I was confirmed, in a Reform Synagogue. I went every Sunday morning, riding two streetcar lines by myself, from grade 5 until my confirmation at age 13.

At Christmas time I sang in the grade school choir. My family hung a Christmas wreath on the front door, although my friends knew that I was Jewish. And that was it.

My best friend was Catholic. We met on the high school basketball team. He was a star forward and I was the team manager. That important title meant that I was the one who made sure that the basketballs were taken out and put away. Once he took me to his Church service and then asked me to join. I said no.

In high school, sophomore year, I began to date Norma. She was not Jewish. We dated through our Junior and Senior years. One time, going down the hallway, I was stuck behind a group of Norma’s friends and heard one say, “Norma still dates that Jew guy. Is she nuts? We graduate in June and other guys want to take her to the prom, but she will go with him! He doesn’t even have a car or ride yet!”

That hurt. And I talked to Norma about it. She said, “Yes, they want me to break-up with you. So do my Mom and Dad. But I will stick with you.” What a great feeling I had from her answer, but for the first time in my life I felt the sting of antisemitism.

We graduated high school. I went into the Army, to get benefits under the GI bill so I could go to college. And Norma went to college. I was in the Army six months when the letter came from Norma. “Jerry I met this wonderful fellow and we are going to get married next year.” I was serving in the occupation force in Japan—that’s a long way from home—and it did hurt a great deal.

But life went on. I came home went to George Williams College and met Margaret–the next story.

This post is part of my “Stay Creative. Write Your Stories” Series, that I recommend for all grandparents to write your memories while we are sheltering-at-home. Your children and grandchildren will love it, and you will too! Read the whole series, here.