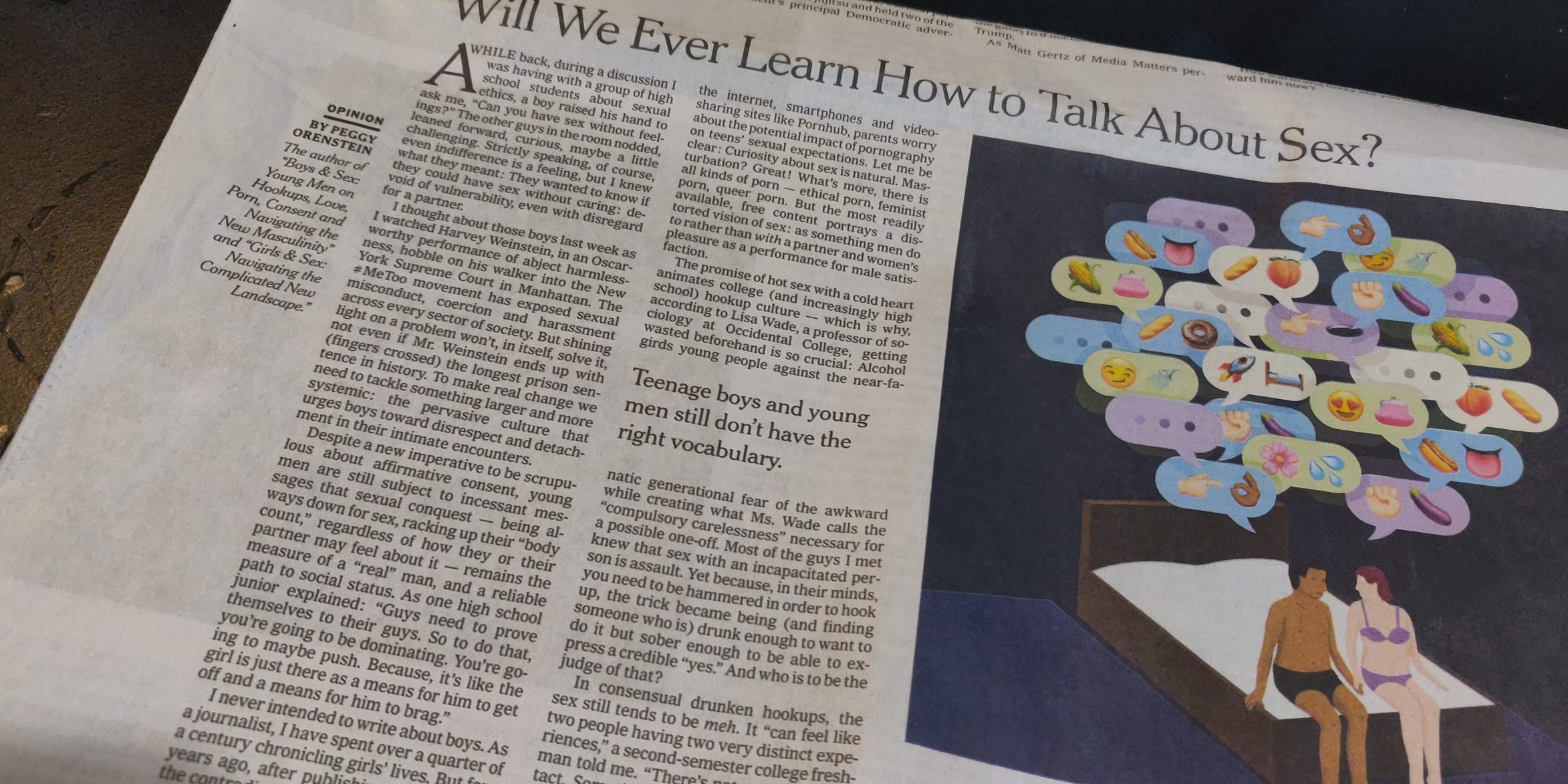 I read an article in the NYTimes a couple of weeks ago and was bursting to write about it. Yes! This is important! I want to talk to my grandchildren so we can discuss our values around this.

So, as I recommend all grandparents do when they want to talk about values with their grandchildren, I approached my adult son, the psychiatrist. “Absolutely NOT,” he said, in no mistaken terms. “NO!”

What was the title of this article that slammed the door shut so quickly? Will We Ever Learn How to Talk About Sex? By Peggy Orenstein (NYTimes. January 12, 2020).

Call it ageism, but I’ve since come to understand (from my son and others to whom I’ve suggested this topic for a blog post), that apparently an “old man” shouldn’t approach “young girls” to talk about sex. Go figure. But I was having trouble letting go of the topic. The premise of the article swirled around “me too” and “consent,” and the implied respect for others and caring for another human being in a relationship.

In my day, things were black and white. No sex before marriage. Contrary to thinking that’s restrictive and unrealistic, for (some of) my generation it was a fantastical love story. I will find the one and only and save myself for her (or him.) My Margaret was just that. I still remember our first dance. Our first kiss. Our many years together until she passed. For me, I wouldn’t have had it any other way.

I struggled when my granddaughter Katie moved in with her boyfriend, now husband, Lance. Granted, they were fully-grown-up adults—in their late 20’s–but had no plans, when they moved in, to get married. Everyone told me “times have changed. That would be crazy to get married without living together first! You just don’t understand, Grandpa.”

They were right. I didn’t. And, the more times change, I’m not convinced that they get better. There’s something to be said for being the most special person in the world to someone else.

Margaret and I expressed our values to our children, and I hope that all parents will have “the talk” with their children. Not just what goes where, per se, but the responsibility that comes with it. “No” was the lesson for girls in my day. “No means no” is an important lesson for boys these days.

If it’s taboo for grandparents to have the talk, I at least encourage grandparents to talk to their adult children so that they are having the talk. What kids don’t learn from parents they will glean from their friends. This is too important to have no idea what your children are learning.

Regardless of when or under what circumstances two people decide to have sex, there are some things that I hope would never change. That they are old enough and able enough to make their own autonomous decisions and understand the consequences (disease, pregnancy, etc.). And, that the two people care about each other, respect each other, see the other person’s essence as a unique individual, whether the relationship is one night (which I don’t think it should be) or one lifetime.