How to Exercise Your Compassion Muscle 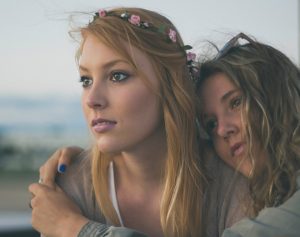 My friend Miriam was recently watching her 10-year-old grandson, when he came to her with a troubled look on his face.

“This is getting really mean,” he said. “I think my friend is really upset.”

It had started innocently enough, with a group text. Someone had posted a cartoon picture of a pig. But then someone said the pig looked like his classmate. By the time Miriam’s grandson came to her, the texts had escalated and were now outright mean about his friend and her weight. Everyone seem to forget the friend and were just trying to “out joke” the other.

But Miriam’s grandson could tell the friend was taking it personally. “What should I do?” He asked.

“You need to call her right now so knows she has a friend,” Miriam advised.

He did call his classmate and as soon as they started talking he knew he had done the right thing. She was upset, and his call made a big difference.

Compassion is the concern for and willingness to help someone who is suffering. With empathy, you can feel what the other person is feeling. It’s about feeling sad when your friend or a loved one feels sad. Compassion goes a step further, with a desire to take-action on that feeling.

There’s also an element of the “intercultural golden rule” here: Do unto others as they would do unto themselves. It’s not questioning if something would make you sad or hurt. It’s acknowledging and accepting how the other person feels and responding the way that they would want.

How wonderful for Miriam that her grandson’s “compassion reflex” kicked in. What’s important there is that he knew he could talk to her to ask what to do. Because they had talked before about compassion before.

How to have a rich discussion about compassion with your grandchild.

There are plenty of ways to talk to grandchildren of all ages about what compassion looks like.

Start by asking your grandchild to share a story about a time that someone showed compassion helped or cared about them. Compassion might be too abstract of a concept for young grandchildren. But they will likely be able to think of times they felt sad or someone was mean to them. Ask them who was nice to them and tried to make them feel better. That is compassion.

You may also connect compassion to things they see in the news. Years ago, a friend’s office was collecting money to send to the Red Cross for relief after Hurricane Katrina. His granddaughter, then five, contributed two quarters to add to the till. Grandpa wrote the check for $50.50, just so his granddaughter could see her contribution being counted.

Share a story about a time that you were sad or suffering, and how someone helped you. As grandparents with full lives you’ve probably experienced compassion on both ends: as a victim and a helper. Think of examples you want to use to broach the subject. Consider examples that might be parallel to something a grandchild might experience.

Let your grandchildren know that suffering can be big things like natural disasters or loss of a job. But there are also day-to-day things that bring people down: someone does poorly on a test, or kids gang up on another student.

Ask your grandchild to identify what they perceive suffering to be.

Whether it’s in person or online, let your grandchild know they can be the one to say something. They have the power to stand up for and be a friend to the person who has been hurt.

Research says: Compassion is good for you.

Ask your grandchild to share a time that they showed compassion to someone else. Chances are their eyes will light up; their pupils will dilate. They will feel good.

There has been extensive research into compassion. Some studies show that compassion is actually good for survival. Even babies and rats (yes, rats!) show compassion. (Read more on compassion research here and here.)

Studies also show that mindfulness and self-awareness can help compassion grow. Talk to your grandchild about situations they see in school and life. Role play and imagine how they can respond with compassion, so they are ready to act when a situation arises.

Let your grandchildren know that it’s okay to talk to you. Talk about signs that it’s time to talk to an adult whether it’s you, a parent or a school official. Particularly with cyber-bullying, the consequences can be deadly. It’s never okay for kids to urge another child to hurt themselves or to commit suicide. And while that is taking it to the extreme—one child could be the one to say “stop! This isn’t right.”

Research (and philosopher Thich Nhat Hahn) says that compassion begins with kindness to yourself. Remind your grandchildren to also be kind to themselves when the have a disappointment—a bad test or not being invited to a party, or things more serious as they age.

Compassion is acknowledging that sadness or suffering is real for the person experiencing it, even when it’s yourself. Now respond with kindness.

The Archeological Dig Through Your Family Keepsakes
April 2, 2021
Search
Categories
Go to Top