Why Extreme Abortion Bans Are a Jewish Moral Issue 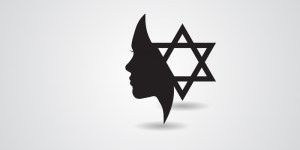 When I hear things in the news I often wonder “what can i do?” “How can I help?” That often leads to connecting with family to see how they are feeling about current events and social issues. My grand-daughter in law Erin Beser wrote this piece that was shared on the blog at her place of work, the Jewish Community Project Downtown. I am sharing it here with her permission.

Reprinted with permission from https://jcpdowntown.org/2019/05/17/why-extreme-abortion-bans-are-a-jewish-moral-issue/

Like many of you, I have watched horrified these past few weeks as states have raced to pass stricter and more extreme laws regulating abortion, one after another like a twisted Margaret Atwood-inspired domino theory. The most extreme case, out of Alabama this week, allows no exceptions for rape or incest. This law, though unlikely to take effect anytime soon, is designed to be a direct challenge to the underlying constitutional principles of Roe V. Wade. That decision states that a fetus at six weeks is not a person. This law says that it is.

I am distressed and I am outraged. As a woman, I feel violated by these predominantly white male legislators who want to tell women what they can and cannot do with their bodies. If you are raped; if the lack of access to safe and affordable abortion care would leave you physically damaged or unable to have children in the future; if the fetus is not genetically viable; if you’re a teenager, unready to meet the challenge of motherhood—none of that will matter.

Further, where women of affluence and privilege will be able to travel across state lines to receive the care they need, these dangerous laws will disproportionatey affect poor women of color.

If I were only a woman watching from afar, wanting to help fellow women who will suffer if this law should make its way to the Supreme Court (and if the Supreme Court should choose to hear it), that would be enough. But I am also a Jewish woman who is guided and compelled to action by the teachings of my tradition—those that inspire me and ground me and contextualize my every day existence. And the overwhelming consensus of my tradition (though of course there is always a preserved minority opinion) is that a fetus is not a life.

This principle is rooted in an occurrence in the Torah, where two men are struggling and they accidentally injure a pregnant woman and she miscarries. The Torah itself states that the woman’s husband should be paid a recompense for the injury. The Torah explicitly states that if “other damages ensue”, the penalty shall be a life for a life.

According to Jewish Law

The vast majority of Rabbinic interpreters of this verse, from the Talmud to Rashi, understand that the first payment is for the miscarriage as if it were damaged property of the owner, similar to the shaky constitutional ground that Roe currently rests on, in that this is a matter of private property belonging to the woman (or whoever owns the woman). But if “other damages ensue”, meaning if the woman should be killed, the biblical punishment of a life for a life takes effect. The mother’s life. Not the life of the fetus. According to Jewish law, the fetus until birth is property. Or as Rabbi Judah says in the Talmud, a person receives a soul at birth.

But America (for obvious and good reasons) is not founded on Jewish law and we now have a constitutional process that needs to play out. If I were only a citizen of this country, I would feel compelled to help protect rights, preserve freedoms and to act to make this country a little more just for all its citizens. If I were only a woman, a white woman of privilege and means, I would donate to the organizations that will be fighting this law and who may one day argue on my behalf at the Supreme Court. I would raise awareness for and donate to organizations that actively support women of financial need in these states seeking to strip access to abortions and safe maternal health care. I will fight like hell in 2020.

But I am also a Jewish woman and all of these obligations compound in my most sacred one: to serve and interpret God’s will as it exists and is revealed through Torah, which at this time in the Jewish calendar between Passover and Shavuot, we move towards the merit of receiving day by day. But also how this Torah, this law, impacts its people, who are commanded to live by it, literally, live by it, and to help others live a life by its principles as well. Because our tradition also teaches that the world is a little bit broken, now more than ever, and it is our moral, human AND Jewish obligation to repair it, one piece at a time.

Teaching and Learning Between Grandkids and Grandparents
December 8, 2015
Search
Categories
Go to Top