Are you clear about what you stand for? 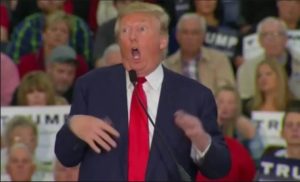 As a grandparent, I talk a lot about passing values from one generation to the next. As one who advocates for a culture of sharing in the family, where everyone’s voice can be heard, I also am realizing lately how important it is to articulate what you stand for. With so much vitriol in today’s public discourse, it’s often easier to stay quiet in social settings, rather than open up what might be a contentious conversation. But I keep hearing a phrase knocking at my brain: “Silence equals complicity.”

And so I must speak out and let my thoughts be known. Lately it surrounds a certain person in high position in our government. I see how he treats women, how he puts down people who don’t agree with him. He lies. He attacks the person with whom he disagrees. Not the idea. It derails the conversation and won’t allow for resolution.

When you disagree with your own group.

Our family is pretty-well aligned when it comes to politics. So these subjects will more likely get nods of affirmation or incredulity as we one-up each other with “Did you hear about this latest offense?”

But when you don’t agree with a group that you are part of, what do you do? You have to speak out. Yes, right now I am talking to you, members of the Republican Party. And certainly this is not the only instance where leadership of an organization strays from the core values that enticed you to join in the first place.

It’s Important to Know what you Stand for, and Why.

Honest discussion in relationships is the key. Do your family members know what you stand for? And do you know what they stand for? Many family gatherings are around the corner, with Easter, Passover and Ramadan on the horizon. Here are tips for navigating a conversation to get your ideas across.

For example, I believe that President Trump is a classic narcissist. I cemented this opinion at his inauguration, when he blasted the media for what he said was misrepresenting the number of people who attended his inauguration. He insisted that his inauguration crowds were bigger than President Obama’s. He continues to contend this about any public event. He also said “he’d poll at 98 percent if he ran to be Israel’s prime minister.”

And, it’s not just me. The Mayo Clinic also thinks he’s a narcissist, if their clinical definition of a narcissist is any indicator.

Avoid “You” statements—the capital Y meaning you as a monolithic group. “You Republican’s all believe this,” or “You Democrats always say this…” Oh, and avoid “always.” Allow for and ask questions to probe individual beliefs that are different from the public discourse.

For example, if a Republican (cough-the President-cough) says “All Democrats hate Jews,” that sentence is attributing a single idea to an entire group of people. I would counter that many, if not most, Democrats, including me, support the State of Israel. But I do have concerns about the West Bank and specific government policy issues as relates to treatment of Palestinians.

And, know that you have been true to yourself, that your ideas are known. Silence does equal complicity, and the extreme of that has dire consequences. As long as I have a voice I have to speak out against things that are unjust or not right.

As you share your ideas, perhaps you will plant a seed that will germinate in the future. Let the other person know what you have learned with them and open the door for the next time, for the conversation to continue.