Was I Naïve to not Believe in Hate? 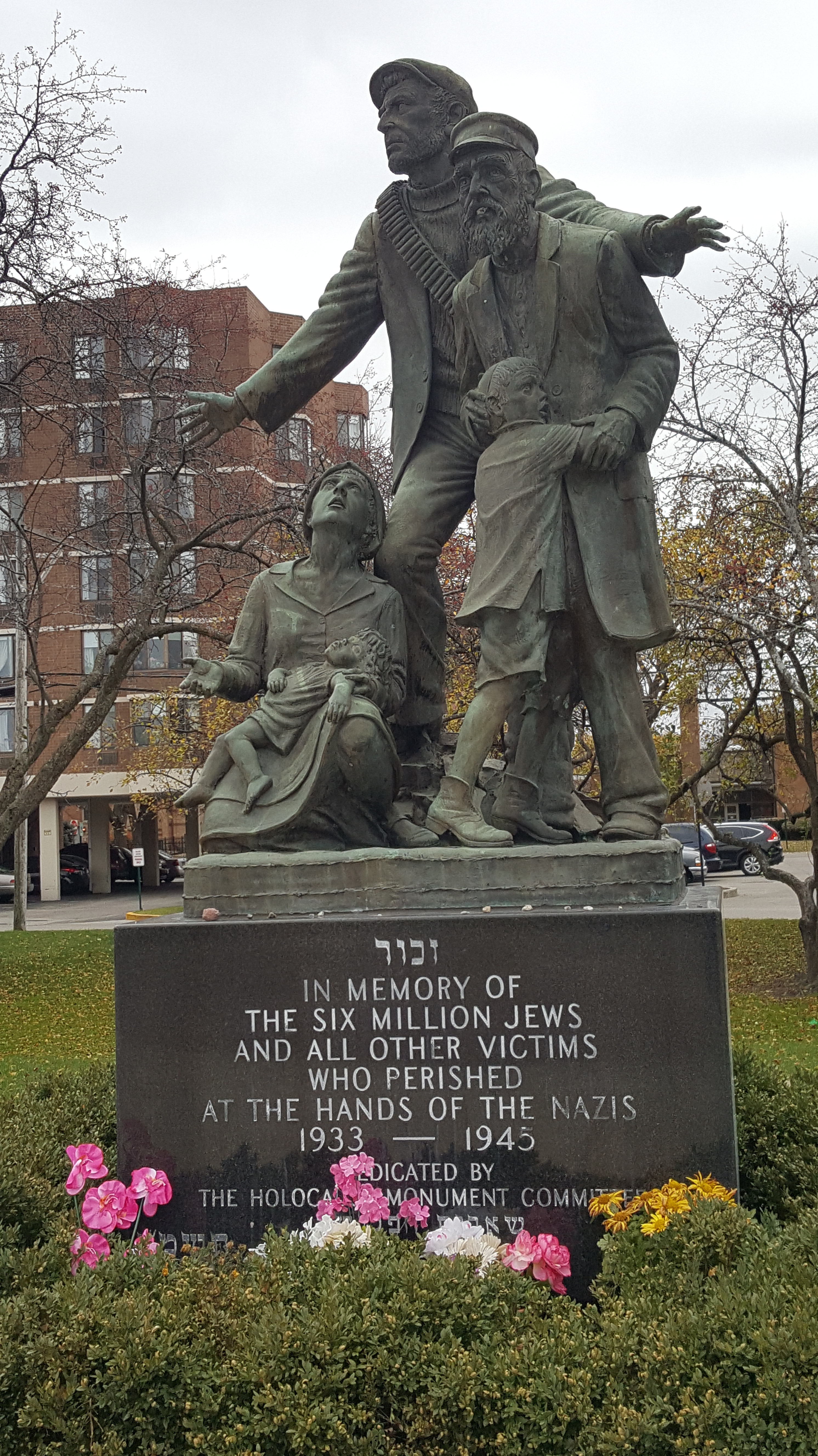 By Jerry Witkovsky and Deanna Shoss

I’m feeling very naïve right now. Not even two months ago, I was overwhelmed with emotion, grateful for the freedom to practice Judaism in the United States. As I sat in Synagogue for the High Holy Days in September, I reflected on past visits to Auschwitz with my staff from the JCC. I was awed, believing this moment in synagogue to be the true essence of freedom of religion. (To understand the depth of my naïveté, read the post about that here.)

After last week’s shooting at a synagogue in Pittsburgh, PA, I am choked up with emotion again. This time it is at the loss of 11 lives, taken while they were worshipping, because they were worshipping. They were doing the same thing I was so comfortable doing, in public, with no security, so recently. God I was naïve.

There is more hate than I imagined.

After the Holocaust we said “never again.” But here it is. Again. And in the United States. Who is to blame? How do we deal with hate, starting with ourselves, our families, the block we live on, the neighborhoods we live in, our towns, our cities?  When we see hate, taste it, what do we do?  After Charlottesville, I asked, what can I do, but even that didn’t touch me personally. What about the church in Georgia, filled with worshippers, just like the synagogue? Hate is hate. I can’t turn a blind eye just because it isn’t directed at me.

Although this time it is personal.

To find guidance on this matter I did what I usually do: I went to four of my grandchildren. I spoke to them individually. One, the rabbi, felt it was a lone person acting out his own hate and prejudice. The other three all agreed that the root of the problem is that hate is government supported.  The white supremacist movement, the Nazi groups.  If, as they say, hate is government condoned, built into our institutions and schools, who do we talk to when we see acts of hate?

What are Jewish Values?

Many are familiar with their local Jewish Community Center (JCC). In communities across the US, JCC’s are known for providing wonderful exercise facilities and summer camps. When I was the General Director of JCC Chicago, I wanted the staff to really understand what the “J” stood for and how that informed what we did.

I felt we had to go to the concentration camp in Auschwitz, to directly face the time in history when a government systematically tried to exterminate us. We visited the crematoria. We were saddened by how planned and efficient the systems were, the deliberateness of wanting to destroy the Jewish Community.

Sharing this experience, we more deeply embraced why we were a “Jewish” community center, and why it was important to conscientiously infuse Jewish values into the programming. How could we use programs to help young families make their homes Jewish?

Do younger generations know about the Holocaust? Do they understand the depth of prejudice and hate that fed it? When in synagogue last month, I noticed mostly older worshippers.

Perhaps a mind shift is needed. Perhaps never forget also beckons people to remember their heritage. Because, embrace it or not, the world is reminding them.

Hate is an emotion that overwhelms our ability to think.

I would love, love, love to now say “here’s the lesson, and here’s what we do to fix it.” But I am stuck in this feeling of naiveté. I’m feeling foolish. I was so assured of the freedom I thought we had in the US, especially after seeing the horrors of the Holocaust. No longer. The veil is lifted. So now what do we do?

Of course if we had that answer we would have solved it already. And, my feelings of joy in prayer were authentic at the time.

The Saturday after the shooting, synagogues and Jewish Federations across the US created a campaign, #ShowUpforShabbat. Synagogues were more filled than usual. People felt like they were standing up to hate by going to synagogue and supporting each other, communing together.

Is that the answer? Certainly the same ideas were feeding record numbers of voters in the midterm elections. As a start, with our actions, with our votes, we must say no to hate.

What do you think?

What do you think? How can we come together in love? After all, love trumps hate, every time.

Their World is Ever-Changing: Guns, Technology and more
June 19, 2018

The Myth about Mental Illness and Guns
March 15, 2018
Search
Categories
Go to Top