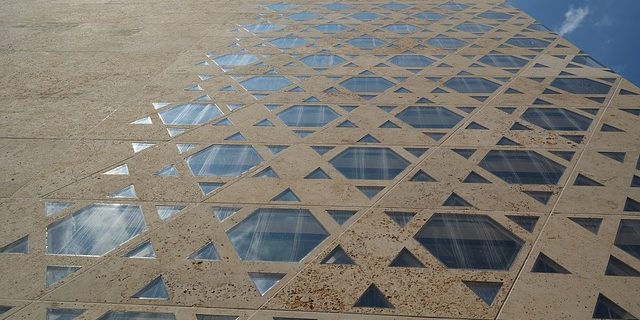 Jews around the world this week came together with others in their local Jewish community to pray on Rosh Hashanah, the Jewish New Year. As I sat in synagogue on Monday, I realized how powerful it is that we are free to do that in the US, without fear.

Older adult after older adult shuffled into the synagogue. Some walked, aided by canes and walkers. Others came in wheel chairs. There was a sprinkling of baby boomers, teenagers and younger children. But most of us were older. “Where are the young people,” I wondered? “All ages can be a part of this service.” But, they don’t come. Perhaps because they don’t connect to their history.

I’ve been to Poland four times. I’ve visited Auschwitz, Birkenau, Warsaw and Krakow. Items taken away from Jews and others who were killed were on exhibit in glassed in cells at Auschwitz. One cell was filled with human hair that Nazi’s had shaved off their prisoners’ heads before sending them to gas chambers. Another was full of children’s shoes. Still another with pots and pans that wives had taken to cook for their families, even after being stripped from their homes. In the pile of suitcases on display, I saw the name Witkovsky written on one. I never knew of a personal family connection to the Holocaust. Seeing my family name and knowing the fate of the owner of that suitcase made pause.

I didn’t grow up in an observant Jewish home. Yet my whole professional career has been in serving the Jewish community. Was it my soul’s yearning, as Rabbi Naomi Levy would suggest, in her book, Einstein and the Rabbi, that drew me to this work?

It would seem so. As a child I lived with my dad and step-mother (my mother died when I was three) in a garden apartment in the Englewood neighborhood of Chicago. Now nearly 100% African-American, in the 1930’s Englewood was a mostly non-Jewish, white neighborhood.

We displayed a Christmas tree in the living room and a wreath on the door for all to see. In the kitchen, however, hidden from the view of the street, we lit our Chanukah candles. These were conscientious decisions, to ward off possible antisemitism. In my grade in grammar school there were only two Jews. Me plus one other. In high school, I dated a girl who wasn’t Jewish. Happening upon her and her friends one day, I overheard them asking “are you dating that Jew boy?”

When my family did go to services, people dressed nicely. For a holiday designed to forego vanity in favor of deference to G-d, people arrived in their finest jewelry and fur coats. Many were recent immigrants—it was about proving that you had made it. Now congregants dress casually. Two generations later their families are established. It’s a given that they’ve made it, no need to prove it. This is wonderful. It’s what we wanted for our children and grandchildren. We just hope they remember where they came from.

And, of course there is still antisemitism, I know that. Most synagogues hire off-duty police officers as a safeguard on the high holidays. But rather than that being a source of fear, it makes me grateful. I am grateful to live in a country where the government and the police are here to protect and support our religious freedoms.

It’s only 5 days until Yom Kippur. Where are you going to services?

An Open Ended Letter to My Family on Why Grandparents Ask so Many Questions
May 16, 2019