How Technology Connects Steve and Diane Brogan to their Grandchildren 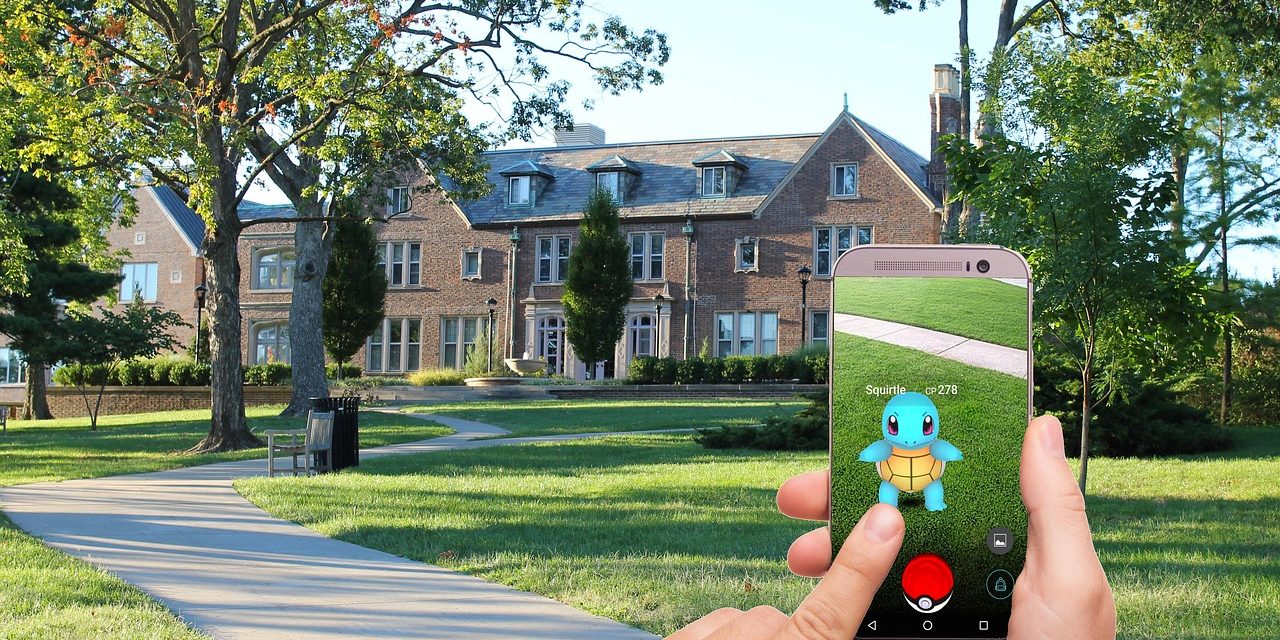 Steve and Diane Brogan were recently retired and building their dream home in a beautiful wooded area in New England, centrally located between their two adult children and their three grandchildren, ages 12 to 16. They had visions of family holidays and shared activities and more. Until Diane discovered she was allergic to trees. “We searched online and found that Nevada has only three indigenous trees in the whole state. So we moved 2500 miles away to Las Vegas. It was either that or I could stop breathing. And of course that wouldn’t work.”

But they couldn’t accept being separated from their grandchildren, particularly with one who is on the autism spectrum. Technology has allowed them to connect with their adult children and grandchildren daily, and to be a part of their every-day world.

This interview took place as part of an article for Grand Magazine, about grandparents, grandchildren and technology. You can read that article here, or get your own subscription to Grand Magazine here. But we wanted to share the full interview.

Steve and Diane use technology to stay uber-connected to their family.

Here’s how they do it.

Grandest Love (GL): How often do you connect with your grandchildren?

Steve and Diane (S&D): Every morning I send a direct message to my granddaughter, age 14, just to say “Good Morning. Have a happy day!” or “I love you!” She responds every day. We also have a thing going with her. Her parents take her out to Dunkin Donuts every Saturday. I have a picture of every Dunkin Donuts Saturday outing. We communicate by pictures. That is a way we connect.

Also every Sunday, our son in Massachusetts sets up a Skype call for his kids and us, so that we can talk with them “face-to-face”,  right on the screen.

GL: What social media or other technology do you use?

Ultimately it depends on the individual: one likes text. One likes Instagram. We communicate with them on the one THEY prefer.

Our grandson makes YouTube videos and we watch most of them. And he’s on Twitter. Our older granddaughter is on Instagram. We follow whatever they do, and we seldom give advice. We don’t tell them what they can or can’t do. There’s no judgement and we don’t react. Our brain may say shock but we don’t say anything because we don’t want to be blocked.

We communicate with our son every day and the kids as well.  Messaging is the easiest. We use email once in a while but it’s cumbersome now compared to direct messaging.

Our grandkids are connected to their phones. Often it is their parents wanting it, for safety. When our granddaughter went to DC in 8th grade, one of the primary things she needed was a cell phone. It was more for her mom. This is how we communicate today. It’s immediate. In fact I was looking at Time Magazine yesterday and thought I don’t know why we get magazines; the news is already two-weeks old when it arrives!

GL: You mentioned your grandson is on the autism spectrum. How as technology helped y you connect with him?

S&D: Being able to connect with him has been a wonderful experience. He turned 12 in January. He first started Twitter at age 6 or 7. He has his own preferences. He develops music for SoundCloud on his own, so we follow him on SoundCloud.

He doesn’t like to talk, and when he does it’s mostly one way for him. Skype is two way, so it’s harder. But with SoundCloud and YouTube we can see what he’s creating. He knows that we are seeing what he does, and we can comment on specific things when we talk to him.

What I realized, and I can’t speak for Steve (says Diane), he moves 100 miles per hour faster than me, when he wants to do something, he will be at the end of explaining a project before I’m even halfway there. But I don’t slow him down when he’s in that excited creation phase. I’ll wait until he’s gotten to the end of the line to ask, or I’ll wait and ask a question next week.

When dealing with someone with autism, you have to go at their speed.

GL: How does technology bring you closer to your grandchildren?

S&D: It gives us a doorway into their life, knowing what they are interested in. Sometimes they share where they are emotionally on their posting, either through their artwork or their comments.

Some of their accounts are public, so you don’t have to ask permission to follow them. Some are private and you have to request. We have asked our granddaughter, “Can I follow you?” Sometimes it’s yes. But she has closed me out, too. I don’t push it (says Diane).

We also follow our (adult) kids on their platforms. Our son is into his own media now. We follow whatever he allows, but he doesn’t necessarily share it with us. On the other stuff—all of the public social media–we can watch him.

We also are into blogging, like our son, so it’s not that far of a stretch for us to understand what he is doing—some of what he does is similar to blogging. He has a unique talent to zero in on ideas and talents and he sees them as more obvious than others. (See Chris Brogan at owner.media).

GL: I understand you are avid Pokemon Go players. Did your grandchildren expose you to that?

S&D: Our grandson introduced us to Pokemon Go when he was 10. He called it exercise without the pain. Our grandson showed us the app, and we took it upon ourselves to learn how to play. He lost his interest in Pokemon Go pretty quickly, but we found really liked it. He’s a true die hard Nintendo and Mario brothers fan. If there was a “Mario Brothers Go” he would be on it. But he takes pleasure in knowing what we are doing in Pokemon Go.

The maker, Nyantic rejuvenated the game, and there’s a big community if you are really avid. There are over 50,000 people in the Pokemon Go Las Vegas Facebook Group. We do Raids*, we meet up with others. The game can require cooperation among 20 people to catch a specific Pokemon. It’s very social, people from kids as young as eight to adults our age (early 70’s) and older. Once we came across an older lady in the park. She couldn’t even move—but we noticed she was playing by how she was viewing and aiming her phone.

One guy Marvin, whose user name is Mirabella, named for his daughter—he always goes out during the daytime. We only go out at daytime as well, for risk avoidance.

We like the social aspect of the game. It can take 20 people to bring down a character. You may be alone and suddenly a group will spontaneously come together—other players nearby can see the same characters and rules as you—people from all different cultures and ages. We laugh, we talk, with people we may have never met before. We come together for this common purpose and then disperse. This is probably someone you would have just walked by and maybe smiled as you passed, but now you are connecting with them.

Steve always earns respect (adds Diane) in these spontaneous gatherings. Not because of age, but because of the level he’s on in the game. People recognize him!

*Click here to see how Pokemon Go defines raids. In the definition it will say “Raid Battles occur when a Boss Pokémon takes over a Gym.” Note there’s a link in the second paragraph that will tell you what a “Gym” is.

GL: Did you find it hard to learn technology?

S&D: I (Steve) was a program/server manager. Diane’s company used high technology as well. So we both kind of came from a tech background.

For me (Steve) there really was no learning curve. I used to work with writing business software back in the day, so anything with technology I’ve always enjoyed doing. I retired from managing services. I may get frustrated learning new things, but I figure it out.

GL: Did you ask adult children for permission before you connected online with your grandchildren?

S&D: Our adult children are usually there, like when our son initiates the weekly Skype calls. We don’t go around them. With our granddaughter she will tell her mom. It’s not a hidden communication thing with us.

And it’s helpful for our (adult) kids to be involved. When our granddaughter first got her iPad, we were doing FaceTime. At first there was an issue with time difference. She was on the east coast and would call us to say good morning at 4 am! She was too young to realize time difference.

GL: What’s your advice for other grandparents?

S&D: Follow your grandchildren to find out what’s hip and cool in their world.

I feel sorry for older people, especially grandparents or even parents who do not get involved. It takes less than 30 seconds to say good morning, have a good day. I’m not expecting anything back more than “Hi Mom” or “Hi Grandma.”  I just want that touch point.

I’ve heard older people say “I can’t learn this technology.” But any effort they put in will come back 1000 times.

They share their world, and we can share our world as well. We can just have fun. We can show pictures of cats and dogs and the grandchildren like it. One of the greatest joys of the whole thing is we know we are accepted by our grandchildren.

I would hope that every grandparent would make the effort to do messaging, Facetime, Instagram, or some kind of communication with electronics. Otherwise they are missing out.

Their World is Ever-Changing: Guns, Technology and more
June 19, 2018