Social Action Takes Work, but It’s Worth It 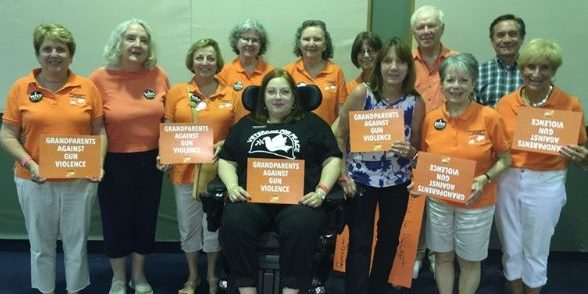 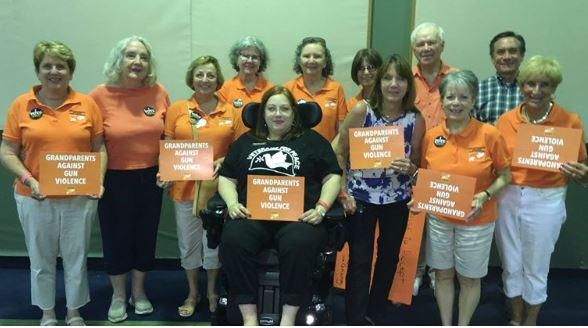 At 90, I’m not one to stay still when something is on my mind. I want to help where I can and connect to others who also are concerned. I’m a proud grandpa of six grandchildren and one great grandchild. I’ve been very afraid and anxious about my grandchildren since the school shootings in Florida and Texas.

That’s why I invited Jenny Studelman to come speak in the community room at my condominium complex. Jenny heads up the Deerfield/Highland Park Chapter of Moms Demand Action. Moms Demand Action is made up of moms and dads, gun owners and non-gun owners, veterans and people of all professions and backgrounds, working together to end the gun violence epidemic in the USA.

Protecting children should not be a political issue.

I was surprised at the concerns raised about my wanting to use the public meeting room for this purpose. “Will we have to grant everyone who asks permission to use the room? Even Nazis?” asked one board member. They saw my wanting to protect children as a free speech issue. Indeed, for some, wanting to keep our grandchildren safe from guns is a political issue. “This isn’t about the 2nd Amendment,” I assured them.

They acquiesced, and I drafted a personal letter from me, as a neighbor and past president of the condo association board. The letter was distributed to all 350 unites in our complex, posted in common areas and on the website. I told Jenny, “I have no idea who will come.”

The night of the meeting

Come the night of the meeting, about 40 of the 400 or so grandparents among my neighbors showed up. Jenny shared what Moms Demand Action does and things that grandparents can do to be informed and take action if they so choose. She made it very clear they are not fighting 2nd amendment, but that there is specific legislation that is being worked on related to gun safety.

The attendees represented a mix of perspectives. Three were my good friends who came, as they said, because “you harassed me into coming.” Another guy thought this was going to be an attack on gun legislation and plans to take away his guns. When he realized it wasn’t, he left early. Some couldn’t understand why guns weren’t outlawed in US. For others, the meeting was a chance to share their fears about their grandchildren being killed or their anger that guns are allowed to get into schools.

Jenny talked about how grandparents can talk to their adult children. “Do you ask the other parents about guns before a play date at their house?” Jenny recommends not asking “do you have a gun,” which might put someone on the defensive. Rather “how do you store your guns in your house?”

One story Jenny heard was a father who stored his gun on a high shelf in kitchen, with ammunition in it. “But I told my kid not to touch it,” he explained. Perhaps it’s an “old west mentality” of men wanting to protect their families. But the increasing presence of guns is having the opposite effect, and actually making it less safe for children.

Of 350 invitations and 40 attendees, in the end, 15 people signed up to stay connected and be on the list for regular monthly gatherings, often social in nature.

I found myself feeling tired. I spent a lot of time pulling this together. And I got a lot of resistance. But I know a new idea takes time and energy. I suppose I thought that a grandparent’s unconditional love for their grandchild would have made this a “no-brainer” to support.  But I realize this is a culture change. And that is never simple.

One Grandparent at a Time.

A week later, on the 4th of July, my companion and I went to the park district in our Village for the fireworks. During the time we were there, two men approached me individually and thanked me for putting together the meeting. One, who appeared very tough on the outside, confided, “I’m scared,” he said. “Because of the meeting I talked to my grandchildren. I haven’t done that before. They are scared too,” he shared.

That doesn’t change the world, but changing minds makes a difference. It reminds me of the starfish story…the one about the child who sees all the starfish who have washed up on the shore and gotten stuck there when the tide went out. He frantically is picking them up and throwing them back into the water. “Why are you doing that? You’ll never save them all,” says a passer-by. The child looks at the one in his hand and responds, “Yes, but I can save this one.”

The motto that guides my life is “always leave your campsite better than you found it.” Social change is exhausting work. But my actions, my ability to act, are mine. No one can take that away. And nothing can stop me from continuing to leave the world a better place for my children and grandchildren.