The Myth about Mental Illness and Guns 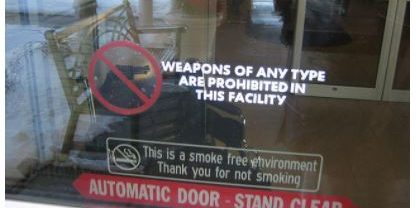 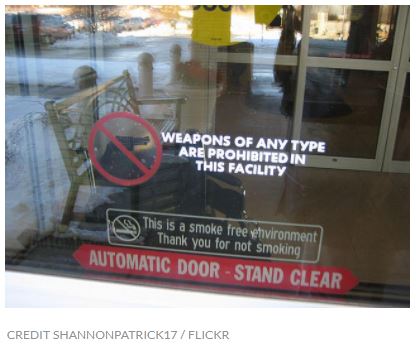 By Michael Witkovsky, The Psychiatrist Son

There are many horrible and awful things about school shootings.  They are life ending for innocents, and life transforming for survivors.  There is fear, helplessness, rage and profound sadness.  These feelings conspire to activate us towards solving all problems that promote the probability of such rare events.  However, one of the issues being put forward is not a solution to all but a major diversion tactic.

When these events happen, we are frequently, almost always, informed that the shooter was “mentally ill.”  This was true even after the recent Las Vegas shootings were there was no sign or history of mental illness.  Mental illness has become the scapegoat for the tragedy and evil perpetrated by gun related massacres.

The temptation to see mental illness as an associated cause stems from several of the perpetrators of such massacres having had a history of seeing a therapist or counselor, taking psychiatric medications, or having been psychiatrically evaluated.  But, at the time of the shooting, almost all were functioning in their families and communities.

Research documents: Most people with mental illness are not violent

The Myth of Mental Illness

Why are the guns themselves not the source of our fear? There are other myths about guns. They are offered by powerful social forces and tell a powerful story. Such as having a gun for personal protection is good thing.  The data shows however that when there is a gun for self-protection in the household, its use is more likely to be for a suicide or homicide of somebody in the family.

So, these powerful forces create a different myth.  They engage in the manufacture of fear of groups of people such as those who come from certain parts of the world to this country, those who speak certain languages, those who practice certain religions, and those who have certain skin color.  This fear mongering plays well with several policy threads in our current government.  Most notably are the issues of immigration.  Guns are positioned, especially military grade guns, for our protection from these other groups of people.

The manufactured connection between mental illness and gun violence creates another separate group of our citizens, known by a medical problem, and they become the source of our fear.

Of all the damage that this fear mongering does, the most insidious is when it makes us afraid of our own children.  It makes us afraid that if they have mental health issue, they will become someone who massacres others in school.  It makes us afraid of other people’s children.  If we know that a neighbor’s child has been hospitalized because of a suicide attempt, or taking medications for depression, we will then worry forever if they will shoot up the school.  It is likely that we will then abandon, ignore, circumscribe or otherwise diminish the youth with mental illness.  It is in this isolation, denigration and loneliness where we frequently find the substance that feeds deviant behaviors such as school massacres.

The commonality is guns.  We should not be wrestling with being fearful of our children; we need to be resolute and fearless in removing guns.