Grandparents and Grandchildren United to Change the Gun Laws 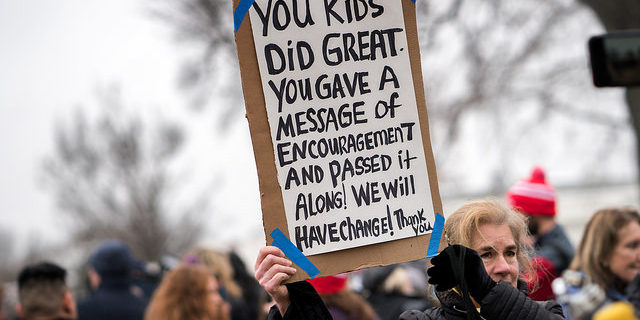 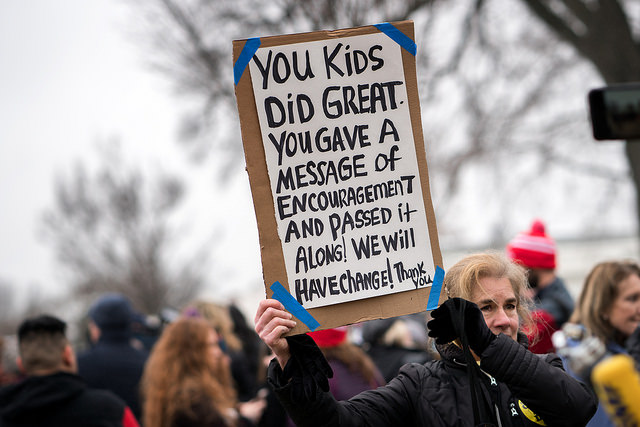 I recently read two articles that have catapulted me to action.

The first was from the Washington Post. It identifies seven gun laws that would have a powerful impact on reducing gun violence: red flag laws, relinquishment laws, assault weapons bans, high-capacity magazine bans, gun possession prohibitions for high-risk individuals, gun possession prohibitions for individuals with domestic violence convictions and mandatory background checks. In the article (you can access it here) the journalists, Leslie Shapiro, Sahil Chinoy and Aaron Williams, have created a grid that shows which states have these laws and which do not.

My vision for change is simple.

My vision is to have grandparents and grandchildren work together in their own state to get these seven specific laws in place in their state. We will simultaneously to work to have these seven laws enacted as federal laws.

That brings me to the second article I read this week. This is one that resonates with me personally, as a veteran of World War II. Yes, you read that right. World War II. I was in the occupational services in 1946, stationed in Japan. I will turn 90 years old at the end of March. The article was an OpEd piece from US Military Veterans. Their hashtag? #VetsforGunReform. Their sentiment is how I feel. “We’re combat veterans. We support the students demanding gun reform.”

During WWII, in homes where a husband or son was killed in the war, there was a gold star on a pennant in their window. That’s how you knew. Violence affected our communities and we were scared. Just as we are scared now.

We need to change gun laws.

Grandparents and Grandchildren Together

We, the grandparents, are so inspired by the voices of young people who are taking action. Who are speaking out. We love that some have connected with organizers of #metoo and the Women’s March to collaborate, build coalitions and raise their voices to a scream.

Yet even a scream is still not loud enough. We want to stand with our grandchildren to amplify their voices. We already vote, as they will soon, too. We often know our local politicians. We have been active. We have donated to political campaigns. We have a network and connections. We are vocal.

Grandparents are afraid. We have seen death. We have felt despair. We are also a sign of hope, having lived full lives in the face of these challenges.

And we are guilty. It is all of the generations before our grandchildren who created the gun culture in our society that they must now face. We made it happen, whether deliberately or by not speaking out sooner. We are responsible for helping to make it right.

Together we can make change happen

Thank god we have a constitution that allows us to do more than shake our fists. Together we can make change happen.

My dearest grandchild. I am available Monday, Tuesday, Wednesday, Thursday, Friday, Saturday and Sunday of this week and next. Let’s roll up our sleeves and get started.

Author of The Grandest Love and a long-time social work professional, grandparenting activist, and passionate grandpa, author Jerry Witkovsky offers fresh approaches to help grandparents enter their grandchild’s world, to leave values, not just valuables and create a living legacy. Jerry created the Grandparent-Grandchild Connection School Program and curricula with Deanna Shoss, President & CEO of Intercultural Talk, Inc., in 2016, to work with schools as the platform to teach grandparents and grandchildren how to enter each other’s world. Learn more at www.grandparentsunleashed.com