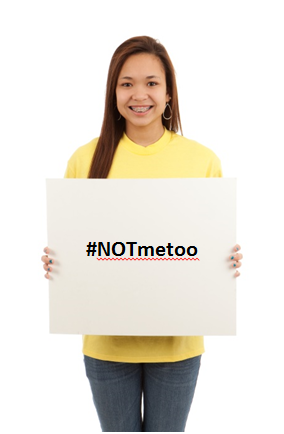 On Wednesday night, the eve of the horrific school shooting in Florida, I called my son, the Psychiatrist. “What can I do, as a grandparent?” I asked him. I called my granddaughter, a high school student. “How are you feeling?” I asked. I called several friends. “What can we do?” I asked.

This was the 8th school shooting so far in 2018. It pains me to say “so far.” But I sit watching the political responses and get little insight that the politicians are going to act. To actually do something. “See…there are too many guns!” “See…that’s why we need more guns!” “See…people are crazy, we need better mental health care.” “See…”

Does it matter? Seventeen more children are dead.

With that as a backdrop I have this idea where high school students and grandparents meet with the organizers of the #metoo movement in their cities to march and protest for specific legislation that bars selling guns to people who are mentally ill. That makes background checks tighter, that bans automatic rifles, that limits how much ammunition can be purchased. (For example, here is the group that so strongly organized the women’s march in Chicago.)

My goal is for kids to feel empowered. To rise up and say to the adults “we don’t agree with the world you have created for us. We need change.” And trust us, our precious grandchildren; we will be right here with you.

In the 70’s people joked about “drinkin’ the kool-aid.” In the 80’s and 90’s if someone got upset you suggested they might “go postal.” For kids today, it’s joking and calling anyone who is different or seems troubled a “school shooter.” This is not desensitization. This is trying to make sense of a world and actually go to school when school no longer feels like a safe place.

“It’s screwed up how normalized school shootings are,” said one high school Junior I know. “The bar is so high that nothing shocks anymore,” he added. “But I don’t think I’m at any more risk being a high school student than living in the world today. That’s our reality.”

How do you respond to that as a grandparent?

I often talk about how grandchildren can be “upstanders” not “bystanders” when someone is being bullied at school. The dictionary definition of an Upstander is “a person who speaks or acts in support of an individual or cause, particularly someone who intervenes on behalf of a person being attacked or bullied.”

Grandparents: Don’t be bystanders. Always share your concerns with your adult children first, your school-aged children next. Then create a plan of action.

Here are things that you can do. Some are a start, simply to bring comfort and connect to your immediate and extended family.

Some, I hope, will bring change to the world.

Seriously. We need to talk. Now.  I know my adult children are focused on their children. Asking them how they are doing. What they are feeling. Maybe they are young enough to have avoided the news coverage. I don’t want to be like one grandpa I know, who asked his grandson if he had heard…after his daughter had purposely avoided it.

Please, let’s get together. Let’s have an extended family meeting. Call me. I am devastated too. I don’t want to burden you. You don’t need to care for me. I want to know what’s okay to talk about with my grandchild. I want to know how my grandchild is feeling. I want to help. And I want to enhance what you are doing, not conflict with it.

Grandparents, ask your grandchildren what they are feeling and what their concerns are.

At the family meeting, tell your family members they should not be bystanders. The agenda of the family meeting? The kids should talk about what goes on at school. Another agenda item is the political system and reaching out to the Alderman, the City Council, the state…what are the background checks for getting guns? Why not go together to visit your elected officials?

I have a friend who shares a story. The first time her teenage son shouted “I hate you!” she responded, “Oh, good, you are being developmentally appropriate.” She uses the story as an example of dissipating conflict with a teenage child. But, do you know what’s developmentally appropriate for your child’s age? Do you know what behaviors you should be concerned about, and what is just normal teenage growing up behaviors? We are very concerned about protecting our grandchildren from those “other” people. Protecting them also means knowing signs of mental illness.

Enter your Grandchild’s World at School

Go to your grandchild’s school. Volunteer. Get to know them better. Meet their friends. Meet their guidance counselor, who can help you understand the question above—what’s developmentally appropriate?

Most schools do lock down drills to prepare for active shooters. Many schools don’t have classroom doors that lock from the inside. The fear in the “olden days” was that a student might lock the door and not let anyone in. Now, having to lock a door with a key from the outside might take too long. That was the case with one teacher in the Florida shooting, who lost his life making the classroom safe for his students. The cost may be prohibitive to a school district. As a grandparent involved in the school, you may see first-hand a problem and be able to solve it.

It’s also a chance to see the power of the student body in action. The students, the friends, the student council, the teacher and the administration. What are they doing about the mental health of the students? Does your grandchild’s school have an anonymous reporting process, where students can anonymously say they are concerned about another student?  Or other issues, do students have recourse if they are harassed or bullied? Being at the school, volunteering—it helps the school, but also lets you have a better sense of what that world is like.

Be Part of a Community and Act

Go to your synagogue or church or religious institution. What are they doing? Go to the condo meeting at your home. What are they doing? Show up at a MASK meeting. Unite with others who are taking a stand.  Turn off the TV. Stop imagining how devastating it would be to be that child’s grandparent. Stop continually watching the reporting and the videos. It will paralyze you.

The Power of Each Person Speaking Out #NotMeToo

The thing is, there is no formal, national organization for the #metoo movement. It is millions of women who just got tired and said “enough is enough.”

#NotMeToo can be the same. No more killing our children at school. The plan of action is, as the parent of your adult children, as a grandparent, as a citizen and as a person, is to take action and say it’s enough.

With school shootings, people wallow but they don’t act. I don’t need my adult child’s permission to call my representative; I can do that by myself. I can call my Alderman. I can attend community meetings. I can be there every day.

There’s a joke that says “The reason grandparents and grandchildren get along so well is that they have a common enemy.” Well, that enemy is people who are randomly going into schools and shooting children. It’s time to take action.

Partner with an established organization to learn how to organize a march or protest.  For example: