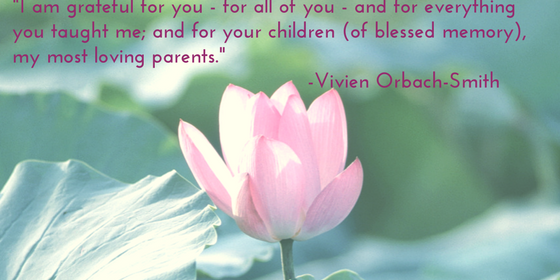 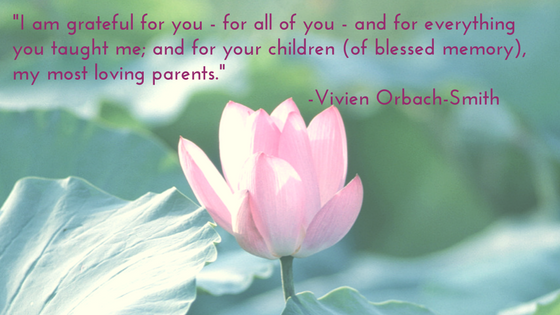 Omama Gina, our dance was through a flicker of time.  So out of place in 1950s Newark; plump, romantic, pre-Raphaelite sprite, with garlands in her hair.  We sprawled on her living-room rug, drawing rainbows and sunbursts, princesses and unicorns.  And oh we danced, channeling her rebellious sister, the one who had beguiled Kafka.  Gina’s (hard “G”) wistful aquamarine gaze – was she always yearning?  Was it for her girlhood in Poland, before blood coursed down the cobblestones of Tarnow?   Or was she pining for a husband more gallant than the dour, withholding cantor?

She called me Himmlisches Wesen (Heavenly Creature), bathing me in the tenderness she never received, introducing me to art, to movement, to the poetry of the imagination,  She was 59 and I was seven when she died, suddenly.

Opapa Juda, for you I felt mostly fear.  He clung to the tenets of his faith more ardently and knew them better than he ever seemed to know or care for us.  While Omama still lived, their apartment was welcoming, redolent of chicken soup; with him alone, it felt chilly and austere.  I found its dark, heavy European furnishings inexplicably menacing.

He once caught me defiling the Sabbath by writing and sketching when I thought he was napping.  He seized my artwork and berated me with such ferocity that I refused to stay with him overnight ever again.  Years later, long after he was gone, I realized that underneath his harshness, he too was yearning – for parents and siblings swallowed up in the Lodj Ghetto.

I felt love for him only when my brother and I sat at his feet, on the bimah of of his synagogue – where he loomed over us, over everyone, in a black satin robe and tall chazzen’s hat, swaying, chanting, bursting forth with the liturgical melodies of Europe and the atonal wails of Israel. It was there, on that bimah, that he collapsed and died after trudging to shul one frigid Saturday morning.  To my brother he bequeathed his gifts for music; I got only the love of it – but God, that was a lot.

Großvater Aaron, I never knew you.  All I have of him is a charcoal portrait – rakish, broody, movie-star handsome – hanging in my foyer.  His insistence that he would never abandon his beloved Berlin “nur mit dem letzen zug” (“only on the last train”) cost him his life; by the time he agreed to leave, Hitler had slammed shut the gate.  My parents often reproached me for displaying Aaron Orbach’s penchant for last-minute departures.  I don’t know what he would have been to me, in life.  In death, he put a face on history and ignited my fervor for social justice.

Großmutter Nelly:  living under our roof, you were the steadfast companion of my youth.  My father swore, after Auschwitz, that he would never again be separated from her.  Though her legs were failing (from a trolley accident after which she dared not seek medical attention during the war), she and my father were still a formidable duo: ferociously smart, bawdy and combative.  They invariably eclipsed my genteel, weary mother.

That she spoke only German ensured I would grow up bilingual, because I – like she – hungered to know everything, and would tolerate no secrets.  Together we watched television nonstop:  The Price is Right, As the World Turns, The Donna Reed Show, Twilight Zone, Yankee baseball, Million Dollar Movie.  I was her translator, both of us seeking to comprehend and to mimic, through that glowing box in the darkened den, what it meant to be American.

It was fitting that after she departed, it was time for me to go too.  She died weeks before my high-school graduation.  Hungry to know and see and do everything, I left for New York and college at 16, and never looked back.

What remains most vivid, from all those years at home, is her nightly prayer.  So many times I stood outside her bedroom door, listened to her breathe, and waited.  She recited the words, always the identical words, in a strong, even voice:

Each time I heard it, I could scarcely wrap my head around it.  With all that she – that our family – had endured… how could she still summon this naive gratitude?

Yet there it was.

Nellyschen, companion of my youth: your gratitude became mine.  It defines me.

I am grateful for you – for all of you – and for everything you taught me; and for your children (of blessed memory), my most loving parents.

All of you – you are with me forever.