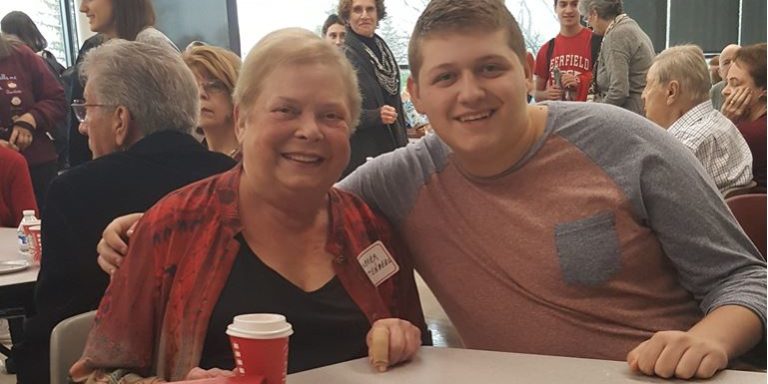 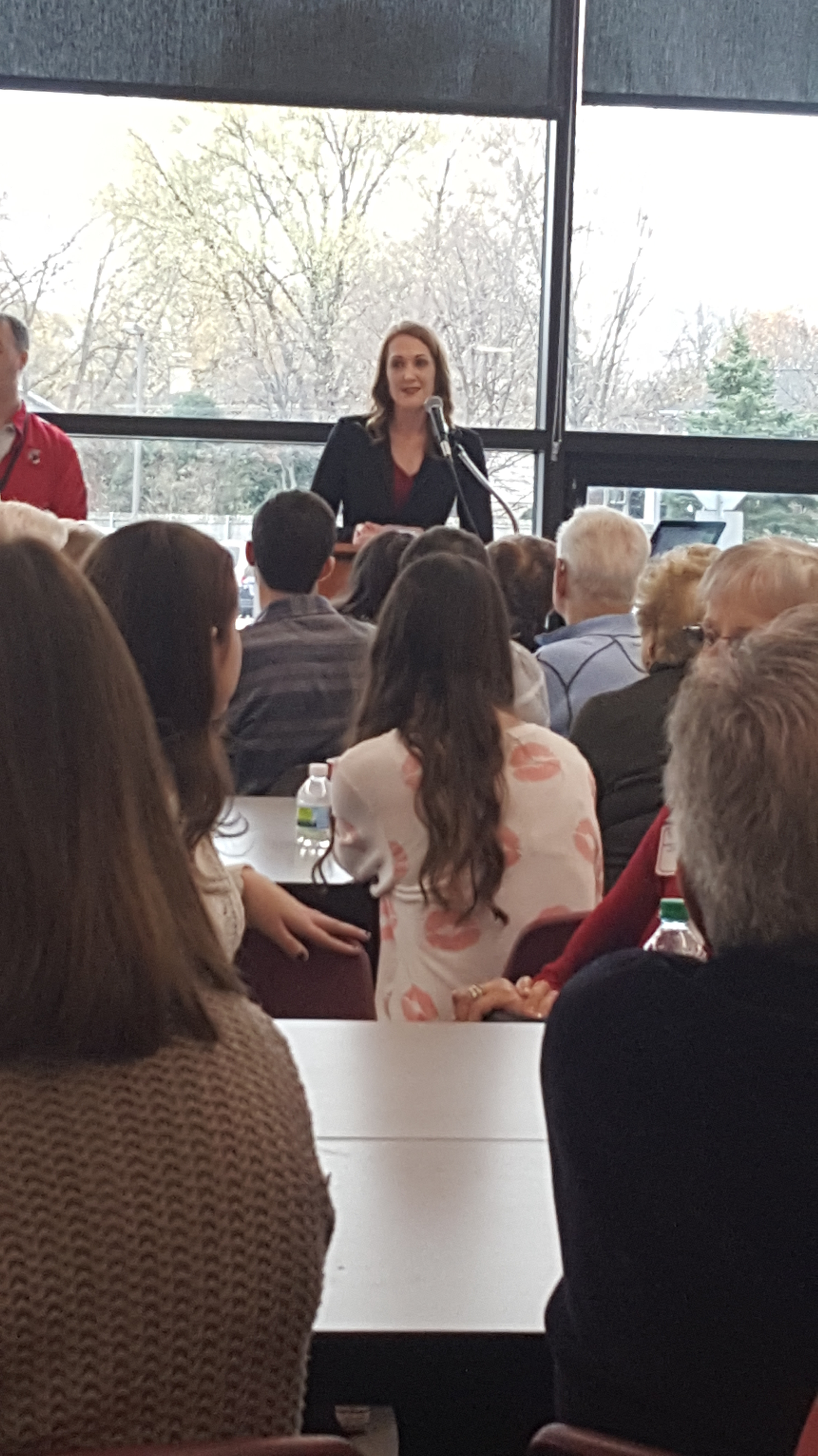 “I learned from my grandpa what a traditional date was supposed to look like and how we were doing it all wrong,” said school Principal Kathryn Anderson in her welcome to 300 grandparents and special guests who attended the annual Grandparents Day program at Deerfield High School on the Tuesday before Thanksgiving. While it was the 7th year for the school, it was the first year for new principal Anderson. “We love this event,” said Anderson. “It’s fun for students, grandparents, and faculty and staff, too. The seniors really look forward to it. Plus it guarantees school attendance the day before Thanksgiving break begins!” 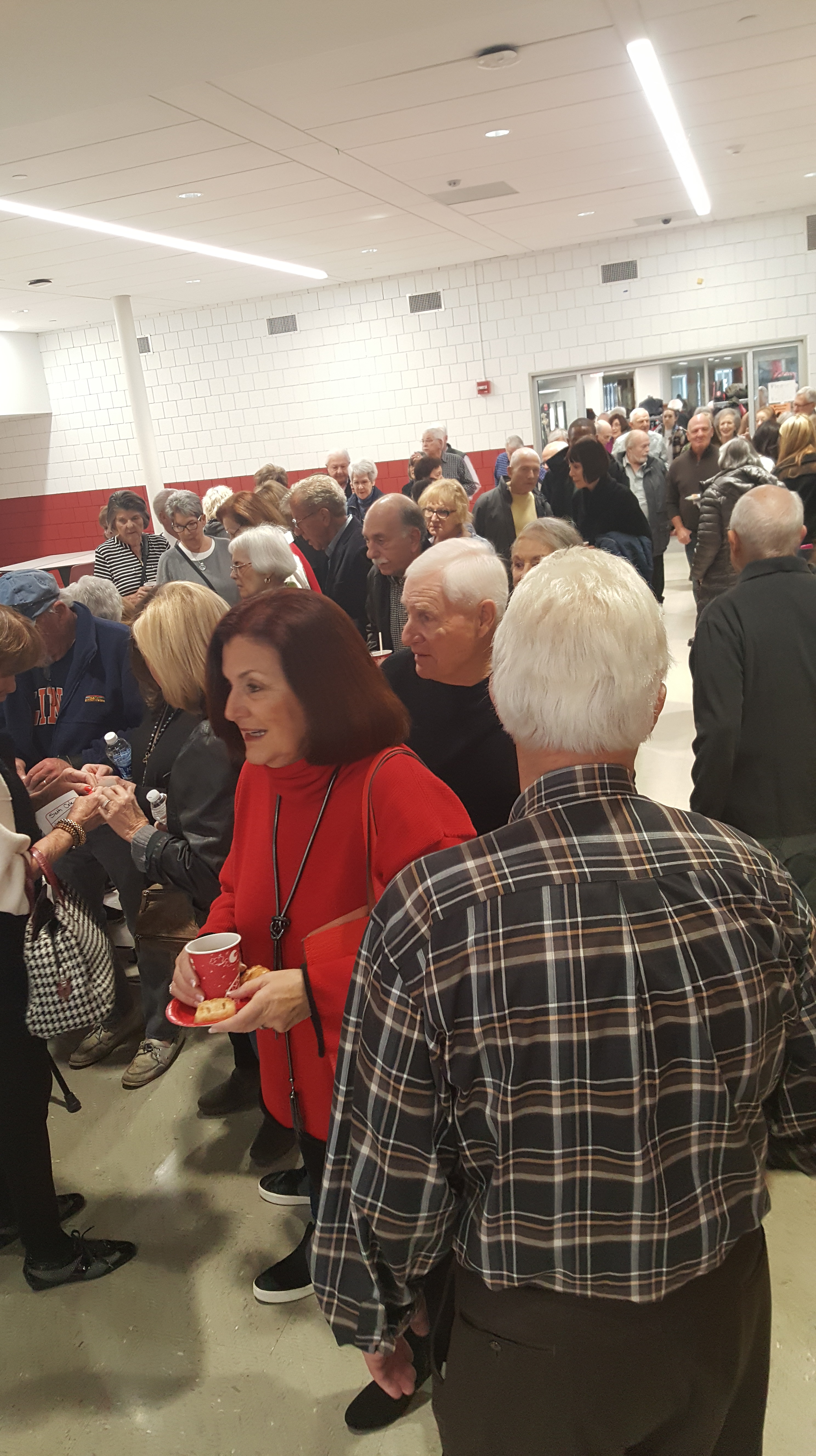 Grandparents were already lining up at 9 am for the beloved 9:30 event, where high school seniors invite their grandparents to visit their school. Grandparents filled the cafeteria, enjoying coffee and donuts while waiting for their grandchildren to find them. Once connecting, grandparents accompanied their grandchild to classes and joined them for lunch in the cafeteria. The grandparents enjoyed a final showcase of arts, music and theater in the auditorium before heading home before school let out, to make it out of the parking lot before the after-school rush. 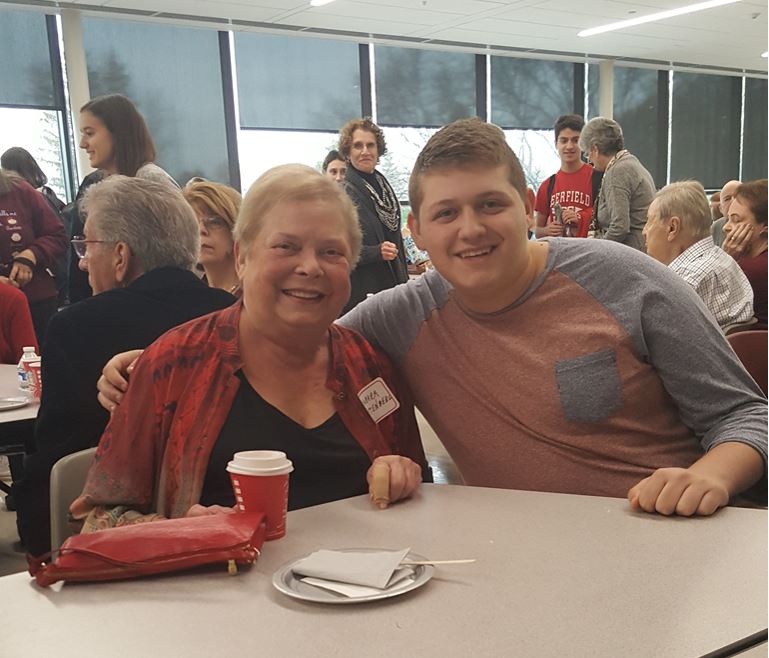 “It’s beyond wonderful,” said Barbara Rottenberg, who was there to be with her grandson Jake. This was Rottenberg’s second time attending the program at Deerfield High School, having previously come when her granddaughter was a senior. “Anything that’s for the grandkids is good,” said Rottenberg. 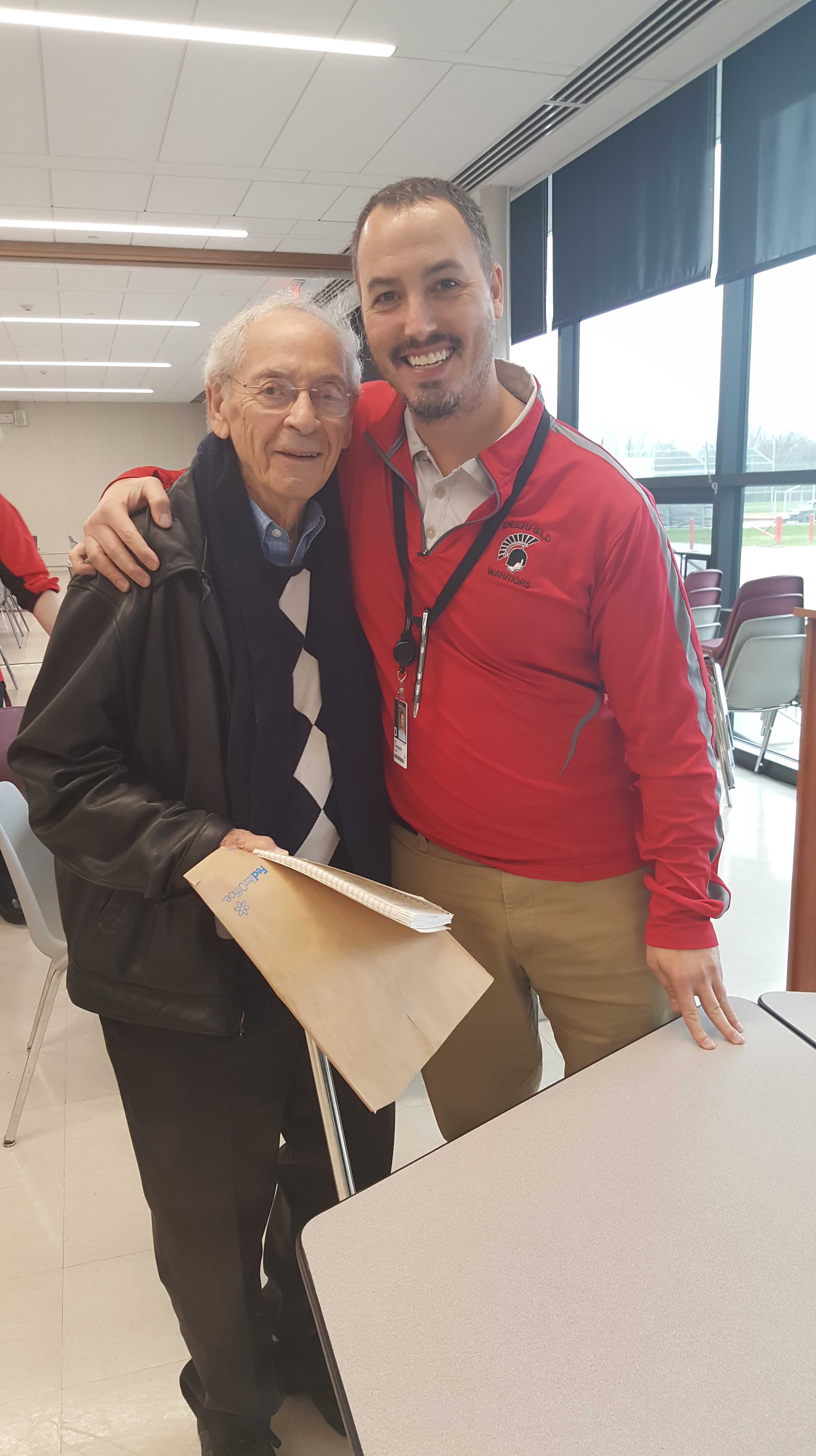 Dan Chamberlin, Department Co-Chair for the Special Education Department was the coordinator for this year’s event. “Jerry has put his heart into this program,” said Chamberlin in his welcoming remarks, by way of recognizing Jerry Witkovsky, the grandfather who inspired the program at the school seven years ago. Chamberlin also planned the Freshman Connection program in October, for grandparents of incoming freshman.

Jerry set up the first Grandparent Connection School Program at Deerfield High School (DHS) in 2009, and based on this year’s attendance, the Deerfield High School grandparent program is still going strong. This connection at one of the critical stages of development goes beyond the basics of reading, writing and arithmetic. Grandchildren are becoming young adults. Grandparents yearn to know more about their grandchild’s social and emotional development and challenges they face at this age.

Grandparents and grandchildren filled-out surveys during the event this year to collect insights into how connecting via the school can enhance the Grandparent-Grandchild relationship. Jerry is hoping to learn from the success at DHS to build a model to spread the program to schools across the country.

Interested in setting up a Grandparent Connection Program at your local school? Learn more here, or contact Jerry Witkovsky.